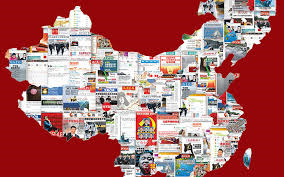 Beijing is expanding its ability to influence societies around the world through its exercise of soft power. This is best exemplified by its Belt and Road Initiative, but there is another, more stealthy effort occurring along-side it that has potentially profound implications for Chinese foreign policy—Beijing’s growing influence in the Western press. China’s state-run media companies are expanding their integration with Western news outlets and having some surprisingly significant impacts.

The Chinese Communist Party has rapidly expanded its efforts to influence discussions about China beyond its borders to attempt to suppress criticism and make international media to refer to China in a positive light. In 2018, Xinhua, China’s largest state-run news agency, announced that it was expanding cooperation with the U.S. news service the Associated Press (AP). Xinhua declared that the two news agencies had established broad cooperation in such areas as new media, economic information, and the application of artificial intelligence.

At the time, the U.S.-China Economic and Security Review Commission warned that Xinhua was rapidly expanding globally in an effort to discredit Western media outlets. The AP maintained, in response to a Congressional inquiry on the scope of the agreement between AP and Xinhua, that Xinhua would not influence its reporting or have access to sensitive information in AP’s possession. In the wake of Russia’s interference in the 2016 U.S. presidential election, no U.S. media outlet would subsequently agree to partner up with RT or Sputnik. Given the concern around state-run or influenced media companies, some U.S. members of Congress were of the view that Beijing’s influence operations inside America represented a similar threat. 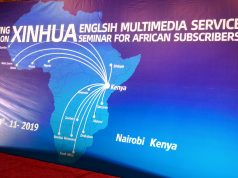