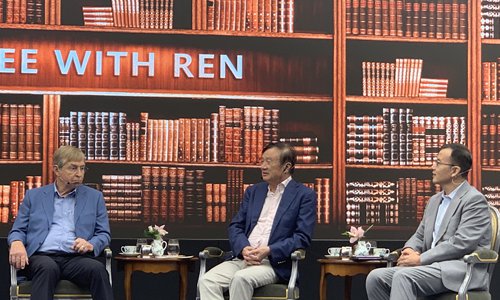 Months after the US placed Huawei on its Entity List, the Chinese company has come up with its self-developed HarmonyOS that could replace Google’s operating system and a flagship 5G smartphone. Still, founder Ren Zhengfei reiterated that the company has been trying very hard to regain the trust of the West.
“5G has sparked a lot of discussion. In fact, 5G is just a tool, and history will tell this,” Ren told a panel called “A Coffee with Ren,” held on Thursday at the company’s headquarters in Shenzhen, South China’s Guangdong Province.
Ren called for more tolerance and trust toward emerging new technologies, following a US government crackdown on the company’s 5G technology.
The Chinese technology giant has been facing mounting challenges over past months as the US government has put it and many of its affiliates on the Entity List, forbidding US companies from selling components and software to Huawei. Meanwhile, Washington has been lobbying other nations to shun Huawei in their 5G roll-outs.
“China used to be very poor, and people didn’t think China would catch up. Now, we are doing quite well,” he said, noting that people always show mistrust of new technologies.
It takes time, he said, adding that Huawei is willing to sign “no backdoor” agreements with every country worldwide, and is confident that the company can gain their trust.
“Some countries in Europe have already given us many opportunities. I think that’s very tolerant and we’re satisfied… I can’t make everyone understand us,” Ren added.
In spite of the US crackdown on Huawei on the global stage, a growing number of telecom carriers overseas have chosen the 5G equipment made by the Chinese company for their own interests.
Huawei has secured more than 50 commercial 5G contracts globally, and has delivered more than 200,000 5G base stations, the company said earlier in September. Europe accounts for 28 of Huawei’s contracts, constituting almost 60 percent of the total.
A few months after the US government imposed the ban on Huawei, the Chinese company came up with its in-house operating system HarmonyOS and its new flagship 5G smartphone Huawei Mate 30 – with more components supplied by its own chipset affiliate HiSilicon and other Chinese companies. The US ban has not stopped the Chinese technology giant from moving forward.
“Huawei could now survive without components from US companies in 5G… However, we eye shipping 600,000 and 1.5 million units of base stations this year and next year, respectively. So, we sincerely hope to see the resumption of business ties between Huawei and American suppliers,” Ren told a group of reporters after the panel.
The company has been striving to overcome the difficulties amid the US ban, and some of its American suppliers have also been lobbying the US government to ease the restrictions.
For instance, Microsoft President and Chief Legal Officer Brad Smith said the US government treated Huawei unfairly, and he urged that the US government end the ban.
Qualcomm also reportedly confirmed that it continued selling some products to Huawei, which are exempt from the Entity List, and is still applying for permission to sell components to Huawei in the longer term.

By the end of 2020, people will see Huawei has survived, and in 2021, the company will record growth. Trust could only be gained through hard work, Ren said. 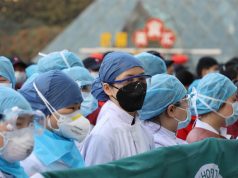