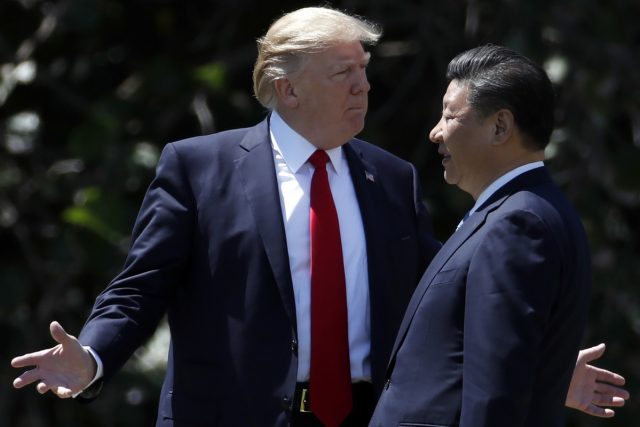 China and the United States both have incentives to make a deal during next week’s high-level trade negotiations in Washington, but it remains unclear whether either side will be willing to make the concessions necessary to reach an agreement, according to analysts.

Any potential deal during the 13th round of trade negotiations will hinge, in large part, on the true policy objectives of US President Donald Trump towards Beijing. If he wants to isolate and contain China, then he may walk away from a possible agreement, as he has done before.

China may also be unwilling to make sufficient concessions to meet US demands, having themselves walked away from the outline of a

potential deal in May

because it was seen as infringing on the nation’s sovereignty.

“If [Trump’s] goal is to contain China, the room for the concessions needed from the US to reach a deal is small. And many China analysts agree that the trade negotiations are not about addressing unfair trade, but rather about containment and decoupling to contain China’s rise,” said Zhang Baohui, a professor of political science from Lingnan University in Hong Kong. “But his goal could also be competing with China strategically and diplomatically and pursuing fair trade economically. If that’s the case, he could be more flexible during the trade negotiations. But no one knows [about his goals]. He talks both ways.”

The talks are set to start with Trump in the midst of an impeachment inquiry which may seek to remove him from office, as well as the start of the presidential election campaign. With Chinese President Xi Jinping seen as being in a relatively strong position at home, there may be fewer reasons for China to meet US demands, analysts said.

“Trump’s actions throughout the trade war, escalating tensions in a wildly unpredictable manner, has made the US an unreliable negotiating partner in the eyes of the Chinese political elite. This, in turn, has relieved pressure on Xi to strike a deal because he is able to convincingly lay the blame for derailment on the US. The Chinese delegation continues to engage in trade talks with the primary intention of staving off further tariff hikes,” said Eleanor Olcott, China policy analyst from UK-based independent consultancy, TS Lombard.

regarding the contents of the deal have not changed since May. The key question going forward, therefore, is whether the internal dynamics of US politics will alter the dynamics of the negotiations. The impeachment proceedings tie Trump’s hands when it comes to his domestic agenda, so his attention will be focused on his foreign policy stance, meaning we are likely entering a period of more volatile trade war news.”

An interim or small-scale deal centred around China buying more

and the US postponing planned tariff increases set for

and December 15 is seen as still being possible if the two sides show some flexibility. The question is whether the US will demand more in return for postponing the tariff increases – such as specific protections for intellectual property – than China is willing to agree to.

With both the US and Chinese economies continuing to slow, and worries about a global recession rising, there is good reason for both countries to ease trade tensions, analysts agreed.

New data from both countries this week showcased the growing impact of the 15-month trade war. Falling exports have hit US manufacturing hard, with the sentiment index from the Institute for Supply Management falling last month to its lowest level in a decade.

improved slightly in September, but still showed a contraction for the fifth straight month, according to data from National Bureau of Statistics.

The impeachment proceedings could push Trump to agree to a deal he could showcase as a policy victory to dampen criticism at home, some analysts said, while others argued the previous behaviour of the US president in trade negotiations may suggest he will not compromise.

“Xi is a hardliner, but at the same time he needs to accommodate demand for possible concessions within the party. His position is swinging between two sides. [A bad deal] could weaken trust in him from the public and within the party,” said Wu Qiang, an independent political analyst.

“It’s likely that the reason why they finally decided to convene the fourth plenum in October is that there is a consensus to prevent the US-China relationship from worsening further. Beijing doesn’t want to decouple its economy from the US, that would certainly lead to a cold war.”

This month, China will hold the fourth plenum or plenary session of the 19th Central Committee, where the Communist Party leadership will review and approve policies on internal party governance. It was expected to take place a year ago, with the delay – the longest in the post-Mao era – triggering speculation that Xi has had to navigate through opposing views within the party about the handling of the trade war, the cooling economy and the response to the ongoing unrest in Hong Kong.

China, though, is not going to concede much ground in the deal that they walked away from in May, according to Allan von Mehren, chief analyst from Copenhagen-based Danske Bank.

“The cornerstone of an interim deal would be China buying US agriculture again. In exchange, Trump would, as a minimum, have to postpone the announced tariff increases on 15 October and 15 December,” said von Mehren.

“The question, though, is how much China will buy and how much they will demand in return. This is why it may not be all smooth sailing. China would be reluctant to completely return to full-scale purchases and give away their strongest card unless they got some serious concessions in return.”

Chin Leng Lim, a professor of law from the Chinese University of Hong Kong who formerly served as trade adviser to the Hong Kong government, said the timing is good for both sides to declare a breakthrough.

“Both sides could do with a victory. There isn’t a perfect trade deal. It just needs to be good enough. An impeachment is not easy to obtain,” Lim said. 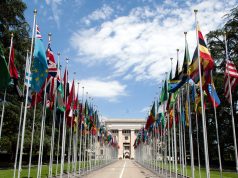 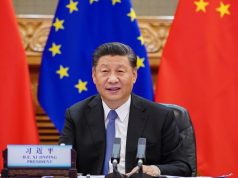