The suspect was arrested alongside two of his accomplices, Sadiq Dalhatu Sani (21) and Abdullahi Habib (27).

Umar, revealed that his purpose for staging the kidnap of his sister was to make his father cough out N10 million so that he could travel abroad. “I know that if I kidnap my sister, my father will pay the random of N10 million. My aim is if I get the money, I will go abroad”.

While parading the suspects at the Command headquarters in Jalingo along side other 19 suspects and arms, ammunitions, a vehicle and other accessories recovered from the suspects, the state Police Public Relations Officer (PPRO) ASP David Misal, said that “the mastermind of the crime, Abdubasit Umar, who happen to be a biological brother to the victim  has on the said date criminally conspired with other suspects and lured the innocent girl into a Blue Honda Hennessy car with registration no MKF 67JK Kaduna, and took her to Dove Hotel Mayo Dassa, where she was held captive.

“The suspects contacted the family and demanded for a ransom of 10,000,000 naira. The kidnappers later accepted to collect the sum of 4 million while in the process of collecting the ransom at Wuro-Sambe being the outskirts of Jalingo, they were tracked and promptly arrested while the victim was rescued”.

Misal said that “the Commissioner of Police, Taraba State Command, CP Alkassim Sanusi, wish to reiterate the unwavering commitment of officers and men in fighting all forms of violent crimes and use this medium to seek the cooperation of all and sundry by providing information to the Police that would lead to tackling crime and criminality in the state. Parents and guardians are enjoined to watch over their wards and always ensure their movement to school and errands are secure in order to avert any possible act of kidnapping or related crime”.

His other accomplice, Sadiq Sani, a 300 level Geology student of Modibbo Adama University Yola, revealed that he has been a childhood friend of Abdubasit, who sought his assistance for the act to be accomplished.

Saturday Sun reports that Taraba state has witnessed an upsurge in the rate of kidnapping that recently made its way into the state capital and has instilled unprecedented fear in the people. 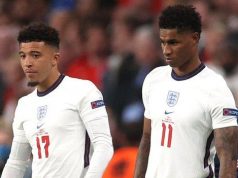