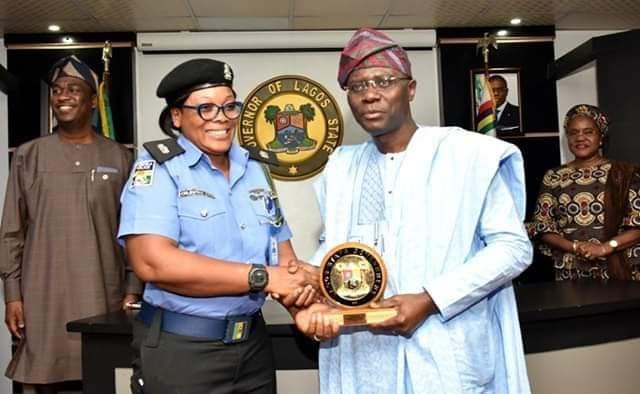 The Lagos State governor, Babajide Sanwo-Olu has conferred special recognition and honour on a police officer and DPO of the Ojodu Police Office, Lagos who rescued and saved a robbery attack victim.

SP Celestine Kalu had in the course of her duty last week rescued with her team on patrol, a man of 25 years who was shot by robbers in the street.

Beyond the rescue of the man that laid bleeding to death, the police team led by Kalu ran around the city to three hospitals before the victim was admitted and treated at the Lagos State University Teaching Hospital in Ikeja.

When payment of the bill for the victim’s care almost became an obstacle, SP Kalu, the exceptional cop picked the N400,000 bill from her pocket just to ensure the victim who had no family member to call didn’t die.

When asked why she went that far for the victim even outside her brief, Kalu replied that she would have been haunted if she did otherwise as she said the victim looked in her eyes while lying helpless in hospital bed and pleaded: “Please, ma help me, don’t let me die.”

She said that statement would have been a burden on her conscience if she didn’t do her best and her best she did and the victim survived.

While honouring her at the State House, Lagos, the governor praised Kalu as a symbol of public service, policing and representing the true spirit of Lagos.

Sanwo-Olu said: “Not only that she stopped to help the victim at the point of death, but she also went ahead to make a financial commitment that ensured immediate treatment of the victim at the hospital. We are happy that this effort paid off because the victim is alive and he is recuperating well.”
Sanwo-Olu presented a special plaque bearing the official seal of the Lagos State Government to honour the DPO, while also taking over the cost of Ajabor’s surgery. The Governor urged security agencies to scale up their surveillance across the State, urging inter-agency collaboration to rid Lagos of robbers and criminals.
Commissioner for Information, Mr Gbenga Omotoso, said the honour done to the DPO was the prize of her compassion, pointing out that such act of kindness was in tune with spirit agenda of ‘Greater Lagos’ campaign of the present administration. Omotoso urged Lagos residents to emulate the act, saying the State would improve in its social index when people show their fellow citizens unsolicited kindness. 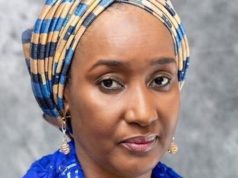