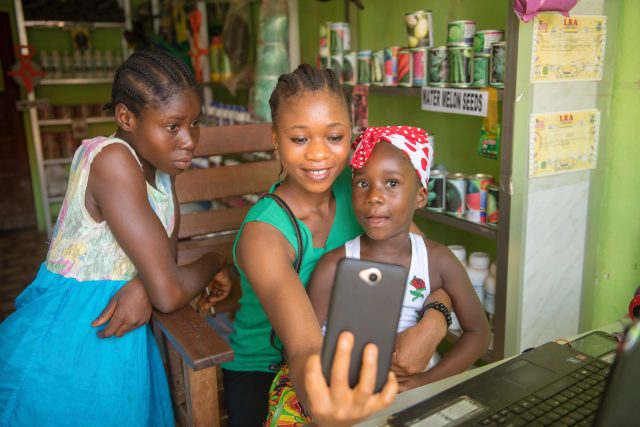 While China’s technology brands like Huawei and Xiaomi have taken the world by storm, the continent of Africa has become enthralled with a little-known Chinese smartphone brand called Transsion.

The story of Transsion is closely linked to that of Zhu Zhaojiang, a fresh graduate to join Ningbo Bird, then well-known Chinese phone brand, in 1996. He was in charge of selling pagers.

After he rose through the ranks to become deputy general manager in 2003 at the peak of the business, he pushed the company to expand its business overseas. This was what sent him to more than 90 markets, according to Chinese media reports, paving the way for the eventual establishment of Transsion in Hong Kong in 2006.

Twelve years later, Transsion is now the world’s fourth-largest mobile phone-maker. It shipped a total of 124 million handsets in 2018, according to data tracker IDC, and over 70% of them were basic mobile phones that have bare-bones internet connectivity. Transsion trailed only Samsung Electronics, Apple, and fellow homegrown rival Huawei Technologies in total shipments last year, IDC said.

Another milestone was achieved on Sept. 30, when Transsion traded on the Star Market, China’s alternative to the Nasdaq. Its shares closed up 64% on debut, valuing it at 46.2 billion yuan ($6.48 billion). Zhu, 45, is now worth more than 6 billion yuan, given his stake of nearly 14% in the handset maker.

The Shenzhen-based company wants to use 4.6 billion yuan raised from the listing to build factories and research and development centers in Chongqing, Shanghai and Shenzhen.

Dubbed “Cellphone King” in Africa, Transsion has established an ecosystem on the continent that covers everything from hardware to software, as well as after-sales service. It has cellphone brands Tecno, Itel and Infinix, digital accessories line Oraimo, electronics and appliances brand Syinix, and after-sales service company Carlcare.

It has also developed various mobile operating systems and apps that cater to local needs. Take Boom player, for instance. It is now the continent’s largest music-streaming platform with over 300,000 smash hits from 4,200 African artistes.

“In the past, Samsung and Nokia were the mainstream brands in Africa, but their phone specifications were standardized across all markets,” said industry watcher Yan Qi in an article on 36Kr. “But Transsion defied that by rolling out products that have addressed Africans’ pain points, improved their user experience, and with features that distinguish them from the rest.”

Transsion is well-known for a range of features tailored to African — the phones employ nighttime photography settings designed for darker skin tones, and some have multiple SIM card slots for users to toggle between wireless networks to save money.

Other novelties include heat protection for electronics and cellphones that have a large battery capacity. In Nigeria, South Africa and Ethiopia, for example, the power supply can be unreliable, leaving people unable to charge their phones for hours, according to U.S. TV network CNN.

Price is another selling point. Transsion sold so-called feature phones for an average of 66 yuan each last year, while its smartphones carried a price tag of 454 yuan, according to its listing prospectus.

Such strategies won over African consumers. Transsion commanded nearly 50% share of handsets (smartphones and feature phones) shipped to the continent last year, IDC data showed. Samsung was No. 2 at a distant 10%, while HMD Global (which owns Nokia) was third at 7%.

The meteoric rise of Transsion has caught the attention of venture capitalists. It now counts Singapore’s sovereign wealth fund GIC, China’s second-largest gaming company NetEase, as well as Hongtai Fund and Maison Capital, among its backers.

“Transsion discovered the potential of Africa at a very early stage and has since invested a lot of effort in the market. This long-term commitment and aggregated know-how is hard to surpass by other brands,” Cui Wenli, a founding partner of Maison Capital, was quoted as saying by local media Private Equity Daily.

It faces challenges, however. Transsion said in its prospectus that other vendors, such as India’s Lyf, are also selling low-priced devices in the market, while Chinese rivals Huawei and Xiaomi have ratcheted up their efforts in Africa, where smartphone adoption rate is only 34% and is expected to grow to 67% by 2025.

A lack of patents is another issue. On the eve of Transsion’s much-hyped float, it said it received a lawsuit notice from Huawei over an alleged intellectual property infringement that demanded 20 million yuan in compensation.

Huawei alleged that it owns the copyright of a wallpaper design preinstalled on Transsion devices and that Transsion has also used the design in its product release events, Web page displays and advertisements. In a filing to the stock exchange, Transsion only said sales of six models of its handsets could be impacted.

It has responded to competition by moving into new territories, including Bangladesh, Pakistan, India and Southeast Asia. While its prospectus said it has a foothold in more than 70 markets, Africa still accounted for the bulk, or about 80%, of Transsion’s total annual revenue. Analysts said Transsion had to speed up diversification.

“Transsion isn’t particularly well-known for its strength in R&D, and hence it’s been focusing on markets which require lower thresholds of technological advantages,” media outlet Data-viz.cn commented in a report on 36Kr. “How to improve its technological capability and fend off offensive from other rivals should be its next step.”

However Cui Wenli, managing partner of Maison Capital, one of Transsion’s backers, still has high hopes for Transsion.

“Africa is unique in its own way, and Transsion has spent many years breaking new grounds on everything from channel distributions, sales and marketing and branding awareness,” Cui was quoted as saying by Chinese media. “This is not an easy feat to replicate.”