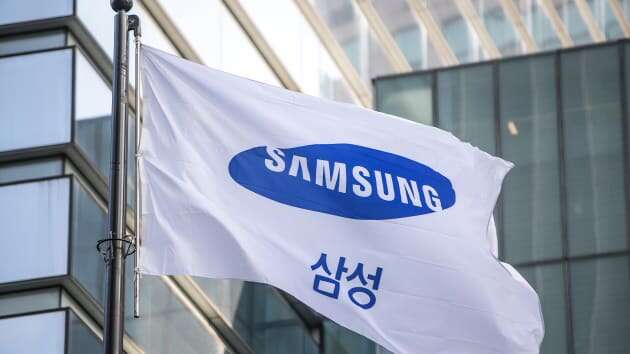 In a challenging environment for chipmakers, Samsung Electronics on Thursday said its operating profit for the three months ending in September fell 56% versus the same period a year ago.

It is the fourth consecutive quarter where Samsung’s operating profit fell year-on-year.

But, that number ticked up almost 18% from the previous quarter. It also beat guidance the company provided earlier this month.

Analysts say there could be a slow recovery in the semiconductor space, where chipmakers have struggled due to low prices and demand for memory chips.

Here’s what the company reported versus what it had reported a year ago:

Basic earnings per share was 899 Korean won compared to 1,909 won from a year ago.

For the fourth quarter, Samsung said it expects “demand for components to turn sluggish in general amid weak seasonal effects, while marketing expenses are likely to increase to address year-end smartphone sales.”

The tech giant added it expects memory chip demand to rise “slightly quarter-on-quarter on the back of inventory building by customers in response to global macroeconomic uncertainties.″ Memory components used in smartphones and data centers make up Samsung’s main profit-making business.

Mobile displays are predicted to report weaker results next quarter as “demand falls short of initial expectations for certain premium smartphones and costs increase due to lower utilization in some production lines,” Samsung said. Fourth-quarter earnings for the mobile business is set to decrease from the third quarter due to rising marketing costs and a decline in smartphone shipments, the company added.

For 2020, Samsung said it predicted “solid” demand in the memory business but cautioned against lingering uncertainties in the external environment. It also expects growing sales for 5G products and foldable devices next year.

Analysts have said that 5G deployment should help spur the recovery in the semiconductor space starting next year. 5G refers to the fifth generation of high-speed mobile internet that aims to provide faster data speeds and more bandwidth to carry growing levels of web traffic.

Samsung said continued weakness in the memory chip market weighed on stronger smartphone sales and improved utilization in mobile OLED screens in the third quarter. Organic light-emitting diode, or OLED, is a type of screen that provides sharper displays.

Its semiconductor business, which includes memory components used in smartphones and computers, posted 3.05 trillion won in quarterly operating profit, down 77% from a year ago.

The IT & mobile business posted 2.92 trillion won in profit, up 32% from the same period last year and 87% from the second quarter. Revenue was 29.25 trillion won.

Samsung said its mobile earnings for the quarter improved due to “robust shipments of the flagship Galaxy Note 10, a better product mix and higher profitability in the mass-market segment.”