Following the outbreak of disease in parts of the country, the Taraba State Primary Health Care Development Agency (TSPHCDA) is to conduct mass vaccination campaign against Measles and Meningitis for over six hundred thousand (639,713) children in the state.

The Executive Secretary of the Agency Alh. Aminu Hassan disclosed this on Friday while briefing journalist at the opening of media orientation meeting in Jalingo ahead of the commencement of the campaign.

He said that over three million children under the age of five years die from yellow fever, meningitis and measles while ten in every one hundred children die from vaccine preventable diseases annually.

Hassan who stressed that both Measles and Meningitis are killer diseases and children are the most vulnerable to infection, urged the people to present their children under the ages of five years at the fixed and temporary fixed posts for the vaccination.

“Measles and meningitis remain a major cause of death for millions of children annually. To be fully protected, it is important that children who are at least nine months old receive measles immunization during the campaign.

” When a child shows signs of measles such as high fever, redness of eyes, cough, runny nose and rash, or symptoms of meningitis such as high fever, persistent headache, stiffness of the neck, vomiting, drowsiness, lack of appetite and sensitivity to light, take the child to the nearest health facility without delay.”

The exercise, according to Hassan is to cover the sixteen local government areas in the state and to hold from the 16th to 23rd of November at the primary Health Care facilities across the state. 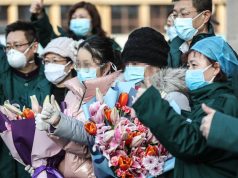 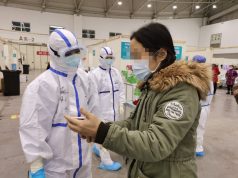 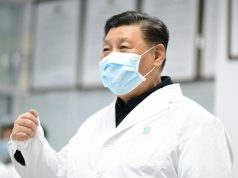 Xi to Boris Johnson: We’ve made much progress in anti-coronavirus war