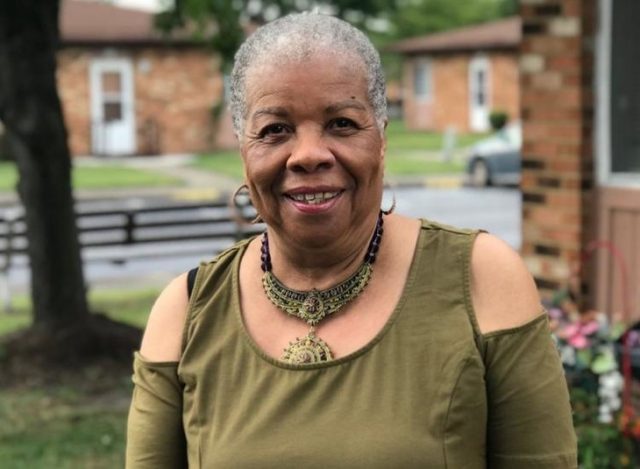 Bessie Person firmly believes you are never too old to learn. She recently earned a degree at the age of 82 and wants to put her knowledge to good use.

“When I started this, I didn’t know how far I was going to go, but it’s something I’ve always wanted to do,” the Portsmouth resident said.

Person is a graduate of I.C. Norcom High School, but she moved around the country to New York state, Connecticut and elsewhere.

She attended a data entry school in Syracuse, N.Y. and was sent by her employer, the pharmaceutical company Bristol-Myers Squibb, to Post University, called Teikyo Post University at the time, in Connecticut. She started a degree course, but was unable to complete it because her tuition assistance stopped, she said.

“I didn’t complete any of those courses at Teikyo,” she said. “I also had some courses at (a school in) Cambridge, Mass. I tried to get a degree at every school I was at.”

Person retired at age 57 from Bristol-Myers Squibb as a data entry supervisor and moved back to Virginia in the 1990s. During that time she lived in Chesapeake, Virginia Beach and Newport News. She then moved to Missouri for 11 years to work as a call center representative.

When she was in her seventies, Person was talking to her sister about getting a degree. She said her sister told her to just do it. She went online and found Colorado Technical University. She enrolled in an associates degree in business administration. She worked on a bachelor’s degree in business administration and digital marketing after she gained her associate degree in 2½ years. Person studied the courses online from her home.

“I didn’t think about age,” she said. “It was something I wanted, and I thought I could do it.”

After more than four years of study on two degrees, she graduated with honors. Her GPA was 3.74, she said.

As well as learning the subject matter, Person taught herself the technology needed for the online course. “It was a little hard,” she said.

Person said the Colorado Technical University degree quickly became easier. The only part she struggled with initially was the math component. She received As on all her writing research papers.

“I’m still a bit surprised I was able to finish it,” she said. “I did it all on my own.” Person said she studied for 4 to 6 hours every day, six days a week.

Person wants to do consulting work. She plans to teach people how to write resumes and network. She has other plans, too.

Kermitt Smith, one of Person’s four children, said his mother has always been creative.

“I’m really amazed,” he said. “I told her when she told me she finally graduated, ‘you have done something none of your four children accomplished.’ I have been to college, military and trade school but don’t have a four-year academic degree.”