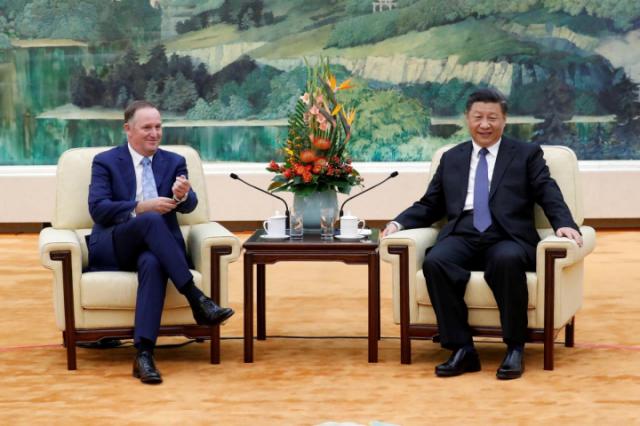 In the midst of the big U.S.-China trade talks/tariff wars that are ongoing, it is worth noting some much smaller trade talks that have been taking place between New Zealand and China. The basic story is that New Zealand and China signed a trade deal in 2008, and have just now completed an “upgrade” to that deal. There are some differences in the nature of the U.S.-China talks and the New Zealand-China talks, but nevertheless, there may be some lessons to draw from the New Zealand-China situation.

The first thing to mention is that both sides consider the original deal to be a success. Here’s how New Zealand described it:

The New Zealand-China Free Trade Agreement (FTA) has been a success story. Since the FTA came into force in 2008, two-way trade (exports and imports of goods and services) has more than tripled from $9 billion to over $32 billion, and the FTA has been a catalyst for trade and economic cooperation between our countries.

Like most economists, I am skeptical that we can learn much from bilateral trade balances, but nevertheless, take a look at the evolution of the New Zealand-China trade balance after the agreement was signed, after which New Zealand’s deficit turned into a surplus:

So what are New Zealand and China selling to each other?

In the March 2019 year, the top exports to China were milk powder, butter, and cheese, reaching $4.5 billion and accounting for one-quarter of New Zealand’s exports to China.

Logs and wood were the second-largest export, worth $3.1 billion.

Travel was also a significant contributor to New Zealand’s overall surplus with China, worth $3.0 billion. Spending by holidaymakers and international students made up most of this.

The upgrade to the FTA is not revolutionary, but rather just adds a bit of liberalization and updates a few provisions:

The upgrade will make the New Zealand-China FTA China’s most modern and highest quality FTA.

Here are a few examples of the new additions:

New Zealand has secured tariff elimination, over a 10 year implementation period, on 12 wood and paper products.

Further operational improvements cover procedures for handling ’perishable goods’ (introducing expedited six-hour clearance times, release of such goods outside normal business hours and appropriate storage) as well as an extension of the scope of advance rulings in the existing free trade agreement.

new chapters have been added on competition policy, e-commerce, government procurement and environment and trade.

The improvements include new market access in several service sectors, including:

The New Zealand-China FTA was a much simpler negotiation than the one the United States is currently conducting. New Zealand was mainly pushing for basic liberalization, rather than the wholesale changes to the structure of the Chinese economy that the Trump administration is said to be asking for (although the “phase one” deal being talked about now is pretty limited). This made the negotiation much easier. New Zealand had a handful of products and services it wanted to sell more of to the Chinese, and it was able to achieve that.

Despite these differences, I’m struck by the fact that an industrialized country was able to make a trade deal with China and was happy with the outcome, and then—without the use of tariffs!—was able to open up the text and negotiate further liberalization. In my view, some key lessons here are that it is important to be realistic about what can be achieved, and to be willing to give something in return.