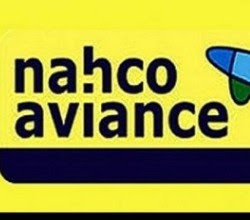 The Nigeria Aviation Handling Company says it has concluded plans to build an export processing area at the Murtla Muhammed International Airport, Lagos.

The Group Managing Director of NAHCO, Mrs Tokunbo Fagbemi, who disclosed this, said the firm recently secured approval from the Federal Airports Authority of Nigeria for the project.

“We are planning to establish an export processing area at the Lagos airport and we got an approval only two months ago from FAAN,” she said.

According to Fagbemi, the finance for the project will be included in the company’s 2020 budget.

The facility is expected to boost agro export which stakeholders said had recorded an increase in the last one to two years.

She stated that the facility was part of the company’s investment expansion plan, adding that NAHCO had also spent at least N2bn in the acquisition of ground-handling equipment in the first phase of its investment plans.

Fagbemi said the firm had looked at its processes and realised NAHCO’s importance in the agriculture value chain.

She said, “It is something we have taken up passionately and we are pushing and so to enhance it, we have had to look at the processes within our export warehouse and we have rearranged our facilities to be able to enhance safety and security and ensure that foreign carriers are happy that all the regulations are being met the way it is supposed to be.

The GMD stated that agriculture had potential that had not been explored, adding that there was a need for better processing, packaging and preservation of farm produce to make them more acceptable at the international market.

“In the second phase of the exercise, more ground handling equipment will be acquired,” she said.

She stated that some of the equipment that had been bought would begin to arrive in Nigeria in a few weeks.

The GMD stated that when she came on board, the firm embarked on a five-year transformational plan to boost growth in the aviation industry.

The plan, she said, included investing in modern ground-handling equipment and facilities in line with international best practices.

Air France, KLM expect just skeletal service all through May 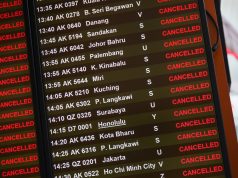