Mr. Idi Mali, the Chairman of Karim Lamido Local Government Council, who confirmed the killing of five persons in Bailango community of the local government said the gunmen numbering about 30 invaded the two communities and killed the village heads.

He said that the Chairman of vigilante group and two other persons also lost their lives in the attacks.

This is even three persons were killed in a renewed Jukun/Tiv crisis in Gassol Local Government Area of the State on Wednesday morning.

Mali said the attackers were suspected to be kidnappers on a retaliation mission as hunters in the area had killed a suspected kidnapper in the village and chased others away in an encounter over the weekend.

Meanwhile, three persons were said to have been killed in a renewed Tiv/Jukun crisis in Dan-Anacha village of Gassol local government area of the State.

Residents said heavy gun battle ensued between the Jukun and the Tiv in the village following the renaming of the village from Dan-Anacha to Kwararafa by Governor Darius Ishaku, leading to the killing of three persons and burning of houses.

It was gathered that tension had been rising in the area since Friday last week over erection of signboard that changed the name of the town from Dan-Anacha a Tiv village to Kwararafa a Jukun name at a Day secondary School in the village on the orders of the state Governor.

A local resident Mr.  John Iorkyaa, told our correspondent that  hundreds of people were fleeing the town to the neighbouring Sabongida and Tella towns in Gassol local government area.

Iorkyaa said three persons were killed on Wednesday morning and houses including the house of the Ter Tiv Gassol, Zaki Simon Erentsa were burnt.

Police Public Relations Officer Taraba State command, DSP. David Misal said he was yet to receive the brief about the incident, saying he had been out of network area and was just returning to town.

Caretaker Chairman of Gassol local government, Alhaji Yahuza Ya’yau did not picked up his calls or reply to a text message sent to his phone. 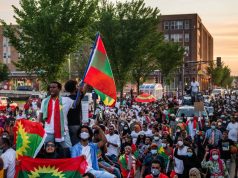 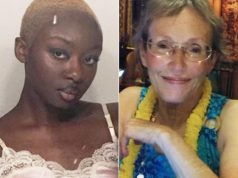 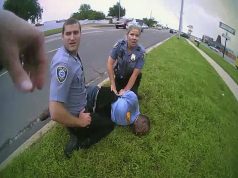 Before George Floyd, there was an earlier ‘I can’t breathe’ case where black man died in hands of white policemen in US