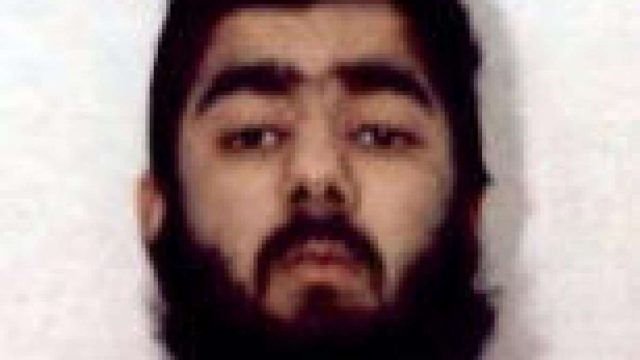 The knife-wielding London Bridge attacker has been revealed as a convicted terrorist jailed over a plot to bomb the London Stock Exchange.

Usman Khan, 28, killed a man and a woman and injured three people, including a man and two women, during his rampage on Friday afternoon.

In February 2012, he was handed an indeterminate jail sentence over a terror plot, with the sentencing judge saying he should not be released until he was no longer a threat to the public.

However, this sentence was quashed at the Court of Appeal in April 2013 and he was given a 16-year jail term.

Khan was released from prison in December 2018 on licence, having served seven years of his sentence.

Police believe the terror attack on Friday began at Fishmongers’ Hall, where Khan had been attending a conference on prisoner rehabilitation. Khan, who was wearing a fake suicide vest, reportedly threatened to “blow up” the building.

The rampage continued on London Bridge, where several members of the public chased and disarmed Khan.

Footage from the scene shows one man spraying the attacker with a fire extinguisher, while another brandishes the tusk of a Narwhal whale.

Khan was dragged to the ground and seconds after police pulled a man off him, officers shot the terrorist dead at point-blank range in full view of horrified onlookers

A plain-clothed police officer was among those who had pounced on Khan. He was filmed backing away while holding a large knife, apparently wrestled from the attacker.

As well as plotting to blow up the London Stock Exchange in 2012, Khan and eight accomplices planned to build a terrorist training camp on land in Pakistan-controlled Kashmir owned by his family.

Sky’s Home Affairs correspondent Mark White has been told by sources that Khan was being monitored with an electronic tag when he was released from jail a year ago and had links to Islamist terror groups.

He was a student and personal friend of the Islamist extremist Anjem Choudary, who co-founded the now banned Al-Muhajiroun group.

Khan was one of a series of Al-Muhajiroun connected terrorists to be released over a six-month period beginning in the autumn of 2018.

Khan was known to have attended a series of Al-Muhajiroun protests and street stalls in the Midlands area prior to his arrest.

In the months before his arrest and conviction for the London Stock Exchange terror plot, police raided his home in Tunstall, Staffordshire, over concerns about his links to Choudary.

At the time of his arrest, investigators found Choudary’s phone details on Khan’s mobile phone.

Before his conviction in 2012, Khan had been secretly recorded talking about plans to recruit UK radicals to train at a camp in Kashmir.

“There’s victory, what we hope for, there’s shahada (death as martyrs), or there’s prison,” he had said.