The Nigerian and Japanese governments have set up the Japan-Nigeria Business Facilitation Council (JNBFC) to further strengthen trade and investment between both countries. The Council is co-chaired by Ambassador of Japan to Nigeria, HE Ambassador Yutaka Kikuta and Executive Secretary of Nigerian Investment Promotion Commission (NIPC), Ms Yewande Sadiku.

At the formal inauguration of the Council, which took place at the NIPC head office in Abuja, the Honourable Minister of Industry, Trade &amp; Investment, Otunba Adeniyi Adebayo, who was represented by the Permanent Secretary of the Ministry, Mr Sunday Edet Akpan, stated that he has been following the growing interest in Nigeria from Japanese companies. The Minister affirmed that the Council would encourage more Japanese companies to make Nigeria their investment destination and hub for West and Central Africa.

In her remarks, Ms Sadiku stated that Japan is one of 20 countries identified by NIPC as strategically important to Nigeria for investment promotion. She noted that the work of the Council should help proactively attract and retain Japanese investments, which she expects will come with the Japanese culture of quality, attention to detail and strong work ethic. She sought the support of all the government agencies on the Council to work with NIPC to address investors’ issues as they arise. She pledged Nigeria’s support to work with her Japanese counterpart in delivering the objectives of the Council.

The creation of the JNBCF was the outcome of agreements between President Muhammadu Buhari and Prime Minister Shinzo Abe of Japan during the 7th Tokyo International Conference for African Development (TICAD 7) that took place in Japan in August 2019.

Nigeria’s representatives on the Council include the Ministry of Foreign Affairs, Federal Ministry of Industry, Trade and Investment, NIPC, NAFDAC, SON, NEPC, FIRS and Abuja Chamber of Commerce & Industry, while Japan is represented by the Japan External Trade Organisation (JETRO), Japan International Corporation Agency and the Embassy of Japan in Nigeria. 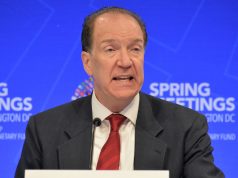 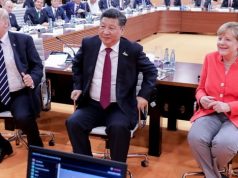