Nigeria’s central bank expects to maintain its stable exchange rate policy in the medium term and keep monetary policy tight in 2020 to combat inflation and support the naira amidst slow growth in Africa’s largest economy, its governor said.

“The CBN will continue to ensure that the policy interest rate is delicately set to balance the objectives of price stability with output stabilization,” Godwin Emefiele said in a speech in the commercial capital of Lagos late on Friday.

He said the priorities on exchange rate hinged on the relatively high level of reserves.

The central bank has been trying to boost economic growth by encouraging commercial banks to lend, after a 2016 recession slashed income and triggered a currency crisis. The country has since emerged from that contraction but growth is fragile.

Emefiele kept rates high and liquidity tight in 2019 to support the currency and has forecasted the economy to expand by 2.2% this year after growth picked up in the third quarter, lifted by a rise in crude production.

Inflation soared to a 17-month high in October, worsened by the government’s decision to close its land borders with neighbouring countries.

The central bank this week said the impact of the border closures on prices was “reactionary and temporary” and that the medium-term benefits of the government’s decision outweighed the short-term costs.

Emefiele said he would advise the government to maintain the closures in the interests of boosting economic output, which has been recovering relatively slowly in the non-oil sector.

He urged the government to diversify its exports so as not to over-rely on oil, adding that growth has been positive but that the country still needs to improve infrastructure in order to boost the economy.

“We should encourage Nigerians to consume goods that can be produced in Nigeria, knowing fully well that a time will come when we may not have the foreign exchange to aid such activities, if we continue to rely on earnings from the export of crude oil,” he told bankers.

Emefiele said the country would need to build buffers to insulate it from pressures in the global market.

Nigeria has maintained multiple exchange rates to manage pressure on the naira after currency controls were introduced in 2015 to counter the impact of low prices for crude oil, which provides 90% of the country’s foreign-exchange earnings. 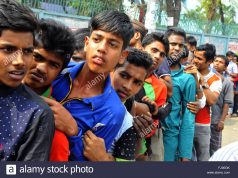 India’s Modi promises $266b to protect economy from Covid-19 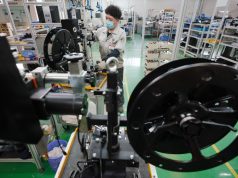 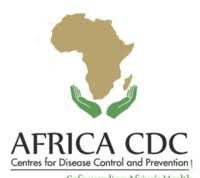 UN report says one full month COVID-19 lockdown across Africa to cost $65.7b