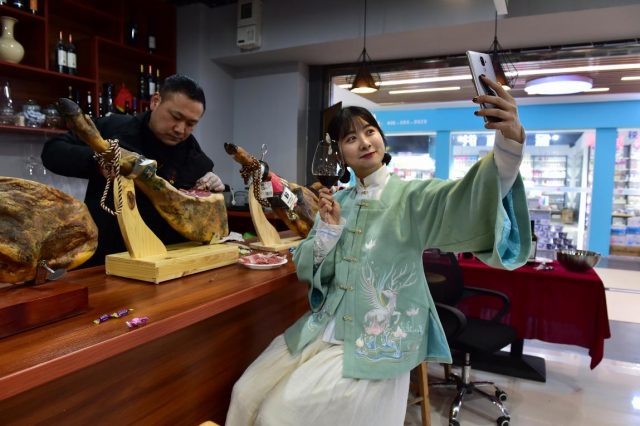 In 2018, a total of 191 million Chinese worked in the digital economy sector, accounting for 24.6 percent of the country’s employed population, according to a 2019 white paper on the development and employment of China’s digital economy released by China Academy of Information and Communications Technology (CAICT).

Yu Pei is one of the many who joined the digital economy. After graduating from a national key university, she started working for a we-media company, writing articles and designing activities at home.

Li Wencan, who was once a fitness coach at a gym, also quit his job and started working online – he makes tutorial workout videos for online platforms and writes fitness articles for knowledge-sharing websites. Besides, he is also a counselor of a fitness app who answers users’questions about fitness.

“I also receive orders on mobile applications from users who need private fitness instruction services. It takes me 2 to 3 hours a week,” Li introduced.

Li is quite pleased with his current income. “I make about 15,000 yuan (about $2,153.32) per month, not a penny less than how much I earned from the gym, but feel much freer, and I don’t have pressure from selling fitness classes,” Li said.

After becoming a food blogger of some repute on a online platform, Wen Sisi quit her job and started working full-time on the platform.

“What I do every day is making baking and pastry videos and writing cooking tips,” said Wen, who had just released baking courses on the platform and sees great prospects in her new profession.

There are more emerging occupations in China, such as private travel routes planner, writers for online media, and online marketing personnel. All these jobs are created during the digital transformation of the traditional service industry.

The service sector is what makes the digital economy job-rich, said Yu, noting that China had more than 1.3 million jobs related to digital transformation of the service sector in 2018. This figure accounted for 37.2 percent of the total jobs in the sector, 4 percentage points higher from the previous year.

Tertiary industry’s digital transformation has restructured and incubated new models of business like Internet-based platform economy and sharing economy, among which platform economy has shown the best performance and become a new engine for boosting entrepreneurship and employment, said Zhou Guangsu, associate professor with School of Labor and Human Resources of Renmin University of China.

Apart from offering full-time jobs, online occupations also serve as an additional source of income for young Chinese. According to research data from Chinese online job-hunting platform Zhaopin.com, 8.2 percent of Chinese laborers earned extra income from part-time jobs in the first half of 2019.

“Digital economy is restructuring our patterns of employment,” said Yu, explaining that individuals are now able to conduct business activities without entering traditional enterprises as they have access to resources such as market, R&D and production through Internet information technologies and Internet platforms.

Accordingly, the forms of employment are becoming flexible and diverse, and new types of jobs are emerging rapidly such as starting businesses, freelance work, and part-time jobs, Yu added.

Digital economy has caused four major changes in flexible employment in China, according to Yu.

The first change is the explosive growth in employment figures. Jobs created by digital economy have changed from supplementary to an important part of the employment market.

“Today, with the development of new forms and new models of business such as online shopping and sharing economy, the number of people who choose flexible employment has risen rapidly, becoming an important component of China’s employment market,” said Yu.

Secondly, these jobs are expanding rapidly from certain industries to a wide range of occupations. Apart from commerce and trade, they also exist in logistics and live streaming.

Thirdly, flexible employment has expanded from lower-tier jobs to higher-tier jobs. More and more people with higher educational backgrounds and human capital are joining in the sector, especially in the knowledge-sharing industry.

Besides, the competitiveness of flexible employment has risen greatly in China, as it is no longer a backup plan, but a magnet for job seekers.

Today, with the help of technologies and platforms, people who choose flexible employment are able to give play to their strengths in more areas, while enjoying greater pleasure and fulfillment from putting into practice their expertise in personalized ways. 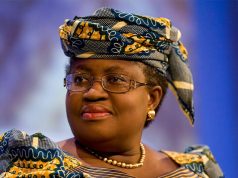