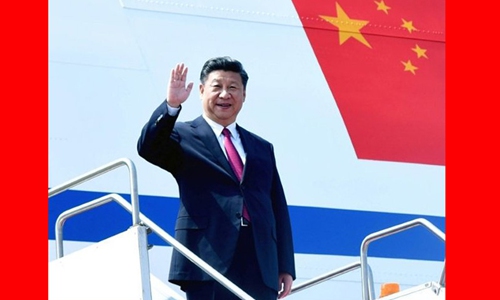 As this year marks the 70th anniversary of the establishment of China-Myanmar diplomatic relations, Chinese observers and business representatives believe the visit, a good start for China’s neighborhood diplomacy in the new year, will embody China’s commitment to building a community with a shared future. It will also serve as an example of how Asian economies join hands to resist international pressure and pursue an independent and prosperous development path.

“The world is undergoing mounting uncertainties and rising protectionism. Xi’s visit will increase mutual political trust between China and Myanmar, and cement economic ties under the Belt and Road Initiative (BRI), bringing bilateral relations into the new era. It will also showcase a model of win-win cooperation based on mutual respect and equal footing,” Liu Yin, chairman of the Myanmar-China Entrepreneur Association, told the Global Times.

China-Myanmar relations are of strategic importance to China’s neighborhood diplomacy, as they are and will be an example of “harmonious neighborly relations” – one of the top reasons analysts believe the Chinese leader has chosen the nation for his first state visit in 2020.

Myanmar was the first non-communist country to recognize the People’s Republic of China after its foundation in 1949. The Southeast Asian country was also the first to resolve its boundary issues with China.

Xu Liping, director of the Center for Southeast Asian Studies at the Chinese Academy of Social Sciences, told the Global Times that from a geopolitical perspective, Myanmar is also at an important geographic position on China’s inland southbound route to the Indian Ocean.

“The deep-sea Kyaukpyu port in western Myanmar is one of the most important sea gates through which China could access the Indian Ocean,” Xu said.

During Myanmar’s process of democratization, the Southeast Asian country was once derailed. In 2015, when Myanmar State Counselor Aung San Suu Kyi came to power, China’s relations with Myanmar frayed partly due to sway from Western forces.

But after some turbulence, Myanmar realized there were double standards in the approach Western countries had taken on human rights issues and began to turn to China for diplomatic and economic help. “It is China who is willing to pull Myanmar from the sludge, rather than the Western world that badmouths the nation,” Dai Yonghong, director of the Institute of the Bay of Bengal Studies at Shenzhen University, said.

China-Myanmar relations are gaining a good momentum, with broad cooperation in political, trade, investment, tourism, military and people-to-people exchanges. The two nations’ vigorous relationship is now underpinned by a broad consensus between the two nations.

“China supports Myanmar in maintaining an independent development path, while Myanmar upholds the one-China principle, recognizing and actively participating in the China-proposed BRI. As Myanmar is at a period of political and economic transformation, it is natural for it to join hands with China to cope with external pressures, and keep initiatives in its own hands,” Liu explained. 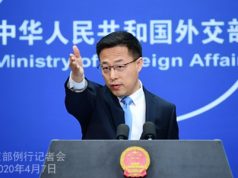 In global adversity, China is using diplomacy to drive victory over COVID-19

I will end China-US trade war as WTO DG, Okonjo-Iweala vows, and outlines benefits of office to Africa