Commercial banks are preparing ahead of a possible announcement of a new recapitalisation plan by the Central Bank of Nigeria (CBN) this year.

According to THISDAY report most banks have gone far beyond the N25 billion minimum capital requirement and are strategising to raise Tier 2 capital.

As part of this strategy, one of the bank’s chief executive officers, who spoke off the record, confirmed that his bank would raise N500 billion Eurobond this year.

Some financial institutions had braced up for an imminent recapitalisation by the central bank.

“It is something we are all looking forward to and we are already working towards that,” the CEO, who pleaded to remain anonymous, said.

The CBN Governor, Mr. Godwin Emefiele, had in his five-year economic blueprint that was unveiled in June last year, unfolded plans to recapitalise the banks within the next five years, to make them contribute significantly to economic growth.

Also, speaking in an interview with THISDAY on the matter, the President, Chartered Institute of Bankers of Nigeria (CIBN), Dr. Uche Olowu, said: “Down the line, the banks are also preparing to beef up their capital because that is something that should happen this year and we expect the regulators to come out with an announcement because we need the financial system to be more stable, especially now that we are now into major infrastructural development.

“And as they are supporting financial inclusion, they need to beef up their capital and I support that. I don’t know the mind of the regulators on how they intend to go about it, but if you ask me, they should categorise the banks.

“Recapitalising the bank would further improve confidence in the banking industry and if their capital base increases, they would be able to support the economy more.”

But, an analyst at Ecobank Nigeria Limited, Mr. Kunle Ezun, explained that presently, most of the banks are strategising on how best to raise Tier 2 capital.

“For the major banks, many of them are planning to do Eurobond or to get capital injection from investors ahead of any announcement.

“For instance, Ecobank is planning to issue Eurobond next quarter. So, most banks would like to raise Tier 2 capital,” he said.

Also, former CBN Governor, Prof. Chukwuma Soludo, recently said the total size of Nigerian banks’ assets, which was N43.7 trillion as at half-year 2019, was low compared to the banking sector in some other African countries.

Soludo, who is a member of President Muhammadu Buhari’s Economic Advisory Council, had stressed the need for banks to be able to finance large ticket transactions in the continent.

“When we started, it was just about N1 trillion, before the banking consolidation. So, if you look at it from where we were before the consolidation, it was a massive change.

“But the banking total assets and all we say about their size are still too small. Let us look at where we are, in terms of the size, in comparison to African countries, in terms of ranking of banks’ asset size as a percentage of GDP.

“I was shocked to find out that our banks are far low, even by African standard. Countries such as Cape Verde, Mauritius, Kenya, Senegal and Ghana are much higher than us,” Soludo had explained.

According to him, the dream is for Nigeria to become Africa’s financial and banking centre by creating a banking and financial sector that will make the economy stronger.

“Now that we are actually integrating Africa to have a continental free trade area, what kind of banking and financial system do we really need to be able to move this economy, which is the largest in Africa? 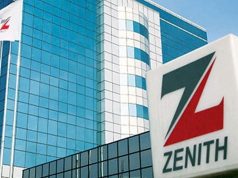 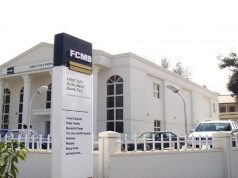