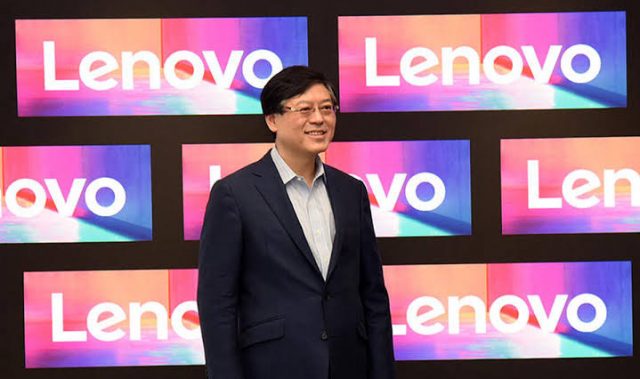 China and the US are poised to sign a phase one trade deal later this week, buoying the global markets. However, the business community broadly remains realistic, given the grave damage of the trade war. In an interview with Global Times (GT) reporter Wang Yi, Lenovo chairman and CEO Yang Yuanqing said that such an interim progress will bring some certainty to the bilateral relationship, and greater certainty and improvement in the business climate are needed afterwards.

GT: China and the US are approaching a phase one trade deal, what does this mean to Lenovo?

Yang: It’s certainly good news for us. We believe that signing a phase one trade deal will bring some certainty to the bilateral relationship between the two largest economies in the world. As a global company, we hope greater certainty and improvement in the business climate can follow the deal.

GT: China-US trade tensions arouse concerns that the technology field will bare the brunt, and a tech decoupling is likely to happen. If the scenario unfortunately becomes true, what damage will it bring to tech companies on both sides?

Yang: China and the US are absolutely intertwined in the technology area and neither can separate from the other. We don’t think technologies should be divided by countries because it should serve the world. It is our mission that our smarter technologies can serve consumers and companies everywhere, and empower all humankind.

Yang: Chinese companies have had a significant presence at the CES for years. Even the trade war casted a cloud at the trade show, based on what I know, most Chinese companies’ participation and enthusiasm were not severely impacted.

Speaking of competitiveness of Chinese companies, I think it was once reflected in cost and efficiency, but in recent years, we are undoubtedly also the main force of innovation. We can see more and more original Chinese products.

GT: What’s your advice for Chinese companies to go global?

Yang: First, my advice would be to start an overseas business to serve bigger markets, so as to make tech innovation more valuable.

Third, sometimes cooperating with large companies that have sales, operations and service capabilities around the world is actually a good approach.

Yang: Lenovo highly values intellectual property rights protection. We invest more than 10 billion yuan ($1.5 billion) in research and development, which ranks us in the forefront among Chinese companies.

Now without patent protection, an international company can hardly do business in European and American markets.

Before we bought the IBM personal computer (PC) business, we needed to pay a 4-5 percent patent fee to IBM when we sold PCs in overseas markets, which made it hard to compete. For mobile phones, we face a similar situation.

Yang: For Lenovo and most Chinese companies, 2019 was a tough year. The industry Lenovo is in mainly has two major challenges: the uncertainty of the relationship between China and the US, and the unstable supply, especially Intel’s CPU shortage in the second half of the year, but we will make it through with good strategy and operation.

For 2020, we are full of expectations. After the uncertainty is removed, I believe our company and the entire business will be boosted and see a growing trend.