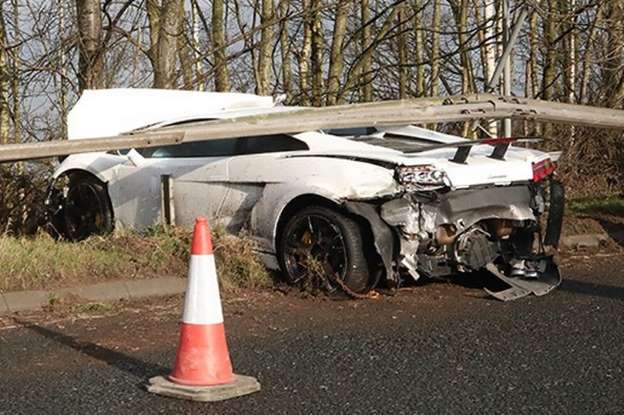 Manchester United keeper Sergio Romero has been involved in a crash in his Lamborghini.

Images of the badly-damaged motor appeared on social media on Monday morning (January 20).

The club confirmed it was the Argentinian involved in the smash – and that he was unhurt.

The crash happened on the Carrington Spur Road through Ashton, not far from the Reds’ training ground.

No other cars are believed to have been involved.

Images showed the supercar underneath a buckled barrier at the side of the road.

Romero has been seen driving a Lamborghini to and from training in recent months.

It is believed to be the same car involved in the crash.

Police were later seen at the scene as the debris was cleared from the road.