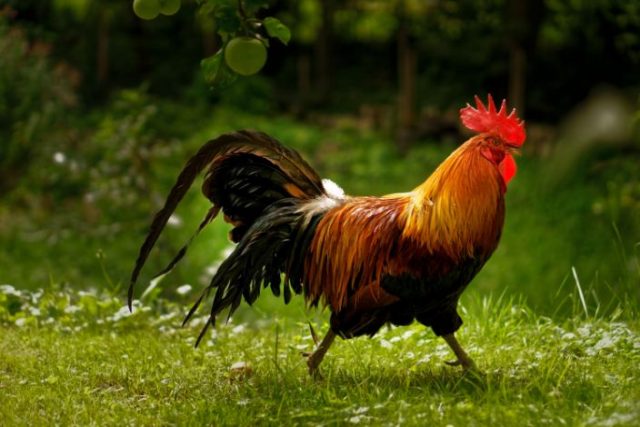 A 50-year-old man in India was killed when he was sliced in the neck by his own rooster while on the way to a cockfight, according to CNN.

Saripalli Chanavenkateshwaram Rao, a father of three, died of a stroke after being transported to a hospital when he suffered the cut from a razor tied to the animal’s claw on Jan. 15, officer Kranti Kumar said in a statement CNN. The fatal injury occurred when the rooster tried to escape, Kumar added.

Rao was from a village in Andhra Pradesh, a state located in south-eastern India, and frequently attended cockfights in the area.

A centuries-old practice, cockfighting involves placing roosters in an enclosed pit and having them fight to the death, according to the Humane Society. The animals who survive suffer excruciating injuries, such as punctured lungs, broken bones and pierced eyes.

Because handlers attach sharp steel blades to their rooster’s legs, some have been killed when the bird inadvertently cuts them, the group said.

Many countries have moved to outlaw the inhumane event, including in the United States, where it is a felony to participate in cockfights in 42 states, the ASPCA said.

While cockfighting has been illegal in India for more than six decades, it remains a problem, People for Animals foundation trustee Gauri Maulekhi told CNN.

“The offenses have been made very clear and explained to the district and state authorities, but they choose to turn a blind eye towards it,” Maulekhi said. “It is not just for entertainment that these animals are made to fight, but it is [also] due to the heavy betting and gambling that goes on in the garb of these events.”

The cockfighting event Rao was to attend still went on as scheduled and resulted in no arrests, CNN said.

According to the Humane Society, cockfighting is linked to gambling and other illegal activities such as homicide and drug use. During a single event, tens of thousands of dollars can change hands.

“I don’t think culture has anything to do with it,” Maulekhi added. “It is purely a money game and hysteria takes over, reason and logic just take a back seat such that neither the animal’s welfare nor the people’s welfare is enough to stop it.”