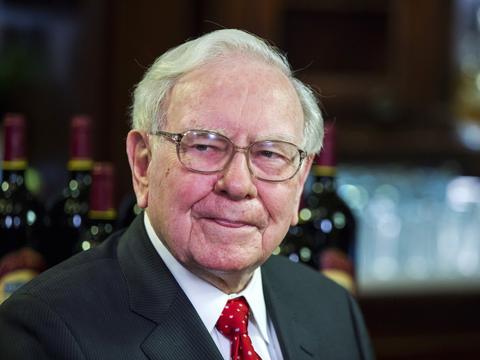 Warren Buffett considered investing in Google but decided against it, meaning Berkshire Hathaway shareholders haven’t seen a dime from the tech titan’s breathless rise to a $1 trillion market capitalization .
We missed it,” the famed investor and Berkshire boss told CNBC in May 2017 . “I should have got Google,” he told the same network a year later .

Shares in Google’s parent company, Alphabet, have surged nearly fivefold in the past seven years. If Buffett had invested $500 million at the start of 2013, it would be worth almost $2.5 billion today.

Google first caught Buffett’s eye because of Geico’s reliance on the search and advertising giant. The Berkshire-owned insurance giant was paying Google about $10 for every mouse click on a Geico ad, yet Google’s cost of goods was nil.

“Just imagine having something that every time you just hit a click the cash register rung somewhere around California,” Buffett told CNBC in 2017. “It was and is an extraordinary business and it has some aspects of a natural monopoly.”

“It’s great to find something that costs a penny and sells for a dollar and is habit forming,” he told the network a year later. “This doesn’t cost anything … and it’s very useful.”

Buffett missed another chance to take a big stake in Google when its founders, Larry Page and Sergey Brin, and then-CEO Eric Schmidt visited the investor in Omaha, Nebraska in the late 2000s. The trio ended up modeling Alphabet on Berkshire . “I liked them,” Buffett told CNBC.
Buffett’s longtime partner, Charlie Munger, also lamented not investing in Google.

“We could see in our own operations how well that Google advertising was working,” Munger told the crowd at Berkshire’s annual shareholder meeting last year. “And we just sat there sucking our thumbs.”

“I feel like a horse’s ass for not identifying Google,” he added. “I think Warren feels the same way. We screwed up.”

Buffett justified his decision to hold off by pointing to his lack of technological expertise. He couldn’t gauge whether Google had a durable competitive advantage or would be overtaken by rivals, he told investors. He personally switched search engines, from AltaVista to Google, on the advice of his close friend, Bill Gates.
“The trouble is I saw that Google was skipping past AltaVista, and I then wondered if anybody could skip past Google,” Buffett said at Berkshire’s annual meeting in 2018.

Rather than fretting over the billions left on the table, Buffett was focused on seizing the right opportunity when it comes along.

“I’ll miss a lot of things that I don’t feel I understand well enough,” he told the crowd. “We’ll try to stay within our circle of competence.”
CNBC.com