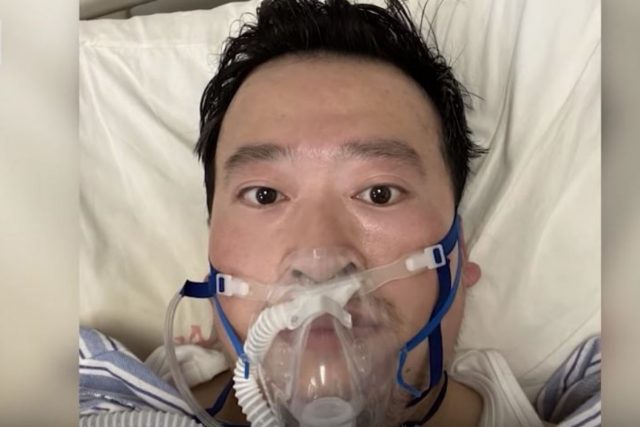 The death of coronavirus “whistleblower” doctor Li Wenliang ignited an outpouring of public outrage in China on Friday as people hailed the man as a national hero and expressed indignation toward Wuhan authorities’ handling of his case.

As a response to the public opinion, top authorities sent a team to Wuhan to investigate the matter on Friday morning.

Doctor Li Wenliang, one of the eight “whistleblowers” who tried to warn other medics of the coronavirus outbreak but were reprimanded by local police, died from the virus early on Friday, the Wuhan Central Hospital where he received treatment announced in a statement.

Li was given emergency treatment with ECMO (extra-corporeal membrane oxygenation) after his heart stopped beating at around 9:30 pm Thursday, according to media reports. The hospital said on its Weibo account that Li passed away at 2:58 am Friday after emergency treatment.

After his passing on was announced, media reports said over 1.2b netizens has viewed his photo and sent condolences and also describing him as a hero.

Wuhan residents gathered in front of the hospital on Friday, putting flowers and Li’s photos on the floor and sending deep condolences to him, whose courageous behavior of warning others at the early stage of the outbreak have rung the alarm for many people.

As of Friday, the deadly virus, which originated in Wuhan, Central China’s Hubei Province, caused 31,161 infections nationwide, with the death toll hitting 636, according to official data. The World Health Organization also declared the novel coronavirus as a global public health emergency on January 30.

Li, an ophthalmologist who worked for Wuhan Central Hospital where he was also treated for the coronavirus infection, obtained a patient report suggesting positive SARS-like coronavirus signs on December 30. He gave the information in a group chat, saying that there have been seven confirmed cases of “SARS,” according to one of his Weibo posts.

Li was also among eight Wuhan residents who were reprimanded by local police in early January for spreading “rumors” about the outbreak of the virus. It turned out that the information they spread online reminding the public of the risks of people-to-people transmission was accurate, and the death toll of the disease has already exceeded that of the severe acute respiratory syndrome (SARS), the viral respiratory illness that battered China in the spring of 2003.

Zeng Guang, chief epidemiologist at the Chinese Center for Disease Control and Prevention (CCDC), said in a recent interview with Global Times Editor-in-Chief Hu Xijin that those eight whistleblowers should be praised as they were wise before the outbreak, although any judgment needs to be backed by scientific evidence.

China’s top court also said in an article published in January that the eight Wuhan residents’ act of spreading the information, if taken seriously, would have done much good to the public.

After he was reprimanded by local police, Li returned to work. Because the doctor also received patients infected with coronavirus, Li began coughing on January 10, then caught a fever the next day. He was hospitalized on January 12.

On February 1, Li said in a Weibo post that he was diagnosed with the coronavirus.

On Chinese social media, Li’s death has led to an outpouring of grief and anger from ordinary citizens, including professors and employees at top Chinese companies. Many paid their respects to the doctor’s integrity and honesty, hailing him as a whistleblower who tried to save lives from the infectious disease.

Many claimed that authorities in Wuhan and Hubei Province owe him an apology for reprimanding him and saying he spread “rumors.”

After the National Supervisory Commission announced it would send a team to Wuhan to investigate matters related to Li on Friday, netizens applauded the decision.

“Seeking truth from facts is a fundamental attitude for China’s rise and growth… these eight people almost shared their opinions on a matter that they were familiar with. Local authorities should have raised the alarm and found out what had happened, which should be the way of shouldering responsibilities and standing with the Chinese people,” Zhang Weiwei, head of the China Institute of Fudan University, told the Global Times on Friday.

The top supervisory commission has launched a probe on the matter, and that is very good, Zhang noted. “Before we have to dust ourselves off amid the crisis and keep going forward, we need to find out the truth.”

For some Chinese, it was an unforgettable night. Local authorities in Hubei were urged to react to the public outcry before such unprecedented expression of disappointment gets out of control.

“Tonight, social consensus has collapsed,” a veteran social affairs observer surnamed Huang said in a WeChat post. The public is demanding justice for authorities in Wuhan, including apologies from authorities for Li and thousands of patients infected with the coronavirus, she said.

The battle against the deadly virus should be fact-driven and should prioritize the interests of the people. The first thing that should be done is addressing the public outrage, observers said.

Insufficient understanding of the seriousness of the situation at an early stage led to the improper handling of the matter by local authorities. As the epidemic develops, the local government is still failing to keep up with the situation and has not adopted a scientific, practical and fact-driven attitude to deal with it, which is very alarming, analysts said.

“I hope Li’s story and the public outcry triggered by his death will make people understand that excessive bureaucracy will eventually lead to public opinion crises or crises concerning people’s livelihood,” said a Beijing-based journalist surnamed Bai, who noted that hopefully Li’s death has sounded an alarm for Chinese society.

The 34-year-old Chinese doctor who was originally from Northeast China’s Liaoning Province entered Wuhan University in 2004, majoring in clinical medicine, according to media reports. After work for three years in Xiamen, East China’s Fujian Province, he returned to Wuhan and had been working at Wuhan Central Hospital since then.

As a Communist Party of China (CPC) member, Li also shared the determination and spirit of self-sacrifice found among many CPC members who are now fighting the tough battle against the disease. He once told media outlets that “as the coronavirus continues to spread, I don’t want to back down. I’ll work on the frontline when I recover.”

He was also an ordinary Chinese man, who loved sharing his personal feelings on social media. Some of his Weibo posts showed he was a foodie, loved ice cream, Japanese food and hot pot restaurant Haidilao. He also liked the 2019 Chinese television series Joy of Life and found Chinese actor and singer Xiao Zhan “super cool.”

He sometimes shared his personal feelings by taking pictures of flowers, commenting on social affairs, reflecting his honesty and straightforwardness. “The theory is gray, tree of life is always green,” read his WeChat signature message.

What makes us scared is Li was just like anyone of us, a Beijing-based white collar worker surnamed Song told the Global Times on Friday. “If we encountered the same situation, would we have the courage to speak the truth and fight this battle?”

After he was reprimanded and he found out that his parents had also been infected, Li bravely expressed his opinion that “a healthy society should not only have one voice.”

“He was a talented boy, who didn’t know how to lie,” Li’s mother, choking through tears, said in a phone interview on Friday on her son’s death. “He was fulfilling his duty,” the mother said. 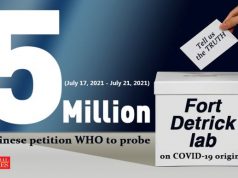