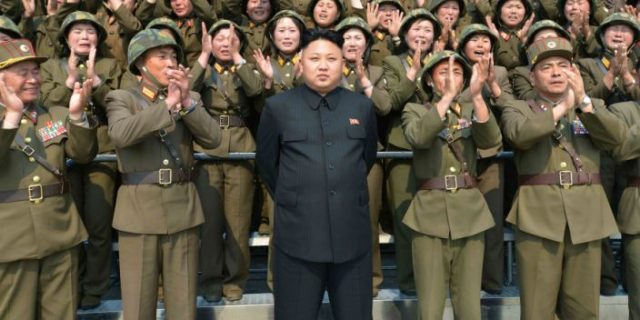 As the rapidly spreading novel coronavirus infects tens of thousands in China and hundreds of others around the world, one country has remained silent about the progress of the virus within its borders: North Korea.

Though North Korean leaders have yet to report any coronavirus cases, several South Korean outlets with sources inside the country report that the virus has arrived. Experts are worried that the poor, isolated country could be devastated by the illness, now officially known as COVID-19.

“There’s not enough medicine for the country. I’m really concerned about them facing an outbreak,” Nagi Shafik, a former project manager and consultant at the World Health Organization and UNICEF offices in the North Korean capital, Pyongyang, told Insider. “It will be dangerous for them — it could go everywhere.”

North Korea has isolated itself even more amid the outbreak

North Korea was one of the first countries to block foreign tourists from entering its borders in response to the coronavirus outbreak. It has since sank deeper into isolation by limiting trade with China — the source of the outbreak — and curbing diplomatic travel into the country in the hopes of keeping COVID-19 from spreading within its borders, The Wall Street Journal reported.

North Korean leader Kim Jong Un’s cancellation of an annual parade — often a huge military spectacle reported on by state-run media —  without explanation has only flared suspicions that there are coronavirus infections in the country. Experts, however, say it might also be a preventive measure.

“North Korea is on lockdown. The country is on lockdown. And that’s saying something,” Michael Madden, a nonresident fellow at the Stimson Center who is an expert on the country, told Insider.

Madden said bolstering public health had been a priority for Kim, but it may not be enough to combat the coronavirus.

At least two South Korean media outlets claiming to have sources inside North Korea have reported on possible coronavirus cases in the country.

Chosun Ilbo, one of South Korea’s largest newspapers, reported that there were at least two suspected cases of the illness in the city of Sinuiju, which borders China. The South Korea-based Daily North Korea reported that as many as five people had died of the novel coronavirus in the same city. Additionally, coronavirus cases have been confirmed in Japan and South Korea.

North Korean leaders have yet to report any cases of the coronavirus, however. A representative from the World Health Organization told Insider there were no reports of a coronavirus case in the country yet.

The country’s isolation measures may not be enough

If the coronavirus were to spread within the borders of North Korea, experts say, its healthcare system would most likely not be equipped to fight it.

Though the North Korean government has asserted that “everyone” in the country “receives medical service of all categories equally, practically and free of charge,” a 2010 Amnesty International report called the country’s healthcare system “crumbling.” The organization found chronic shortages of medicines and medical supplies and decreased access to medical facilities in rural areas.

Shafik, who worked on behalf of the WHO in Pyongyang until 2009, said the country had many trained nurses and doctors, some of whom are sent to other countries to be trained. According to Shafik, while the country has the healthcare infrastructure to handle a health crisis, it most likely lacks the medical supplies to prevent, diagnose, and treat the coronavirus.

He says the country probably doesn’t have enough masks and protective clothing to protect its citizens and wouldn’t have the laboratory equipment, including chemicals and reagents, to test for the virus.