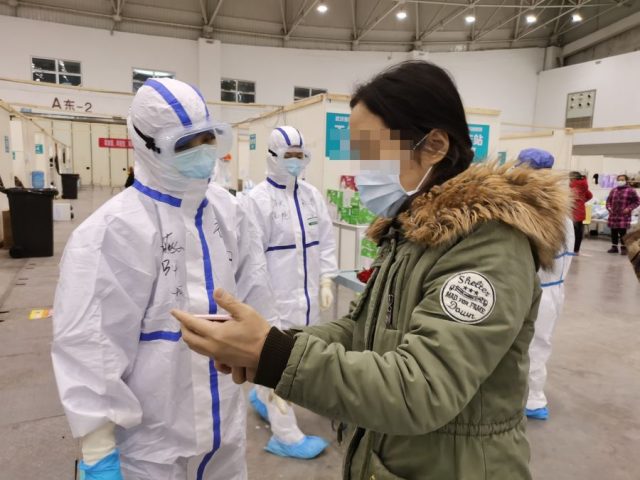 Since the outbreak of the Novel Coronavirus Pneumonia (NCP) with Wuhan, Hubei Province, China as ground zero, the wildfire-like epidemic has spread rapidly to other neighbouring areas and all the way out of China to other worlds. The disease, named officially as COVID-19 by the World Health Organization (WHO), arouse anxiety among Nigerians, just like it does to people from other parts of the planet. Although the war against this unprecedented acute disease is still unfolding presently, confidence has already been restored in many people that it is only a matter of time before the fast spreading by mildly malignant infection is defeated.

While the positive and objective voice that COVID-19 is controllable and curable has remained a scientific and rational mainstream in the international community, malicious rumours and unnecessary panics about Coronavirus spread far faster. We saw nonsense ludicrous and baseless new media screamers and blatant lies such “Chinese Officials Seeking Approval to Start the Mass Killing of 20,000 Patients in Order to Stop the Spread of the New Coronavirus”, or “Nigerians in Wuhan Risk Coronavirus Infection if not Evacuated Now”, and the list goes on. This kind of VIRUS of unscientific, misleading disinformation or unnecessary overreacting despair sometimes are worse than the COVID-19 itself. The negative and toxic consequences they bring are untrammelled and irreversible.

First let’s collect some latest information from the frontline of the fight against COVID-19 in China. As of WAT 17:00 pm. February19 (Beijing Time 00:00 a.m., Feb. 20), a total of 16,155 previously NCP infection confirmed cases had been cured and discharged from hospitals on the China mainland. It has been 19 consecutive days that the cured cases surpassed death number since February 1. The mortality rate of COVID-19 on China mainland is 2.84% (2,118 deaths out of 74,576 confirmed cases), far lower than the mortality rates of the H1N1 flu of 2009 that was 17.4%, the Middle East Respiratory Syndrome (MERS) of 2012 (34.4%), the Severe Acute Respiratory Syndrome (SARS) of 2003 (10.91%), and the Ebola of 2014 (40.4%) The facts indicate that the COVID-19 epidemic is far less deadly, controllable and curable. Starting from late January, the Chinese government has taken the most thorough and rigorous measures against the virus, many of which have far exceeded what WHO and International Health Regulations required.

However, even though the hard-won achievement and figures of the fight against the COVID-19 are indisputable, some online media, driven by wrong motives, prefer fabricating and spreading rumours for clicks. On February 5, the website AB-TC (aka City News) located in a small town in the US published an article that claimed “Chinese Officials Seeking Approval to Start the Mass Killing of 20,000 Patients in Order to Stop the Spread of the New Coronavirus”. Such ridiculous hoax reverberated in the virtual and real world, taking advantage of the condition that people are unfamiliar with the NCP as well as their panic mentality. Unsurprisingly, this shocking rumour finally finds its way to Nigeria, some where people even bothered asking their Chinese friends if the rumour is real. Thanks to the Diplomatic Correspondents Association of Nigeria (DICAN), which gave an official Press Release confirming that “the story was FAKE and there was no iota of truth”. In addition, the Nigeria Centre for Disease Control (NCDC) on February 18 debunked another viral rumour on social media that the Novel Coronavirus Disease (COVID-19) can be spread through broiler chickens.

Now turn to another issue that Nigerians care about the most, there are approximately 4,600 African students studying in the epicentre of the outbreak, Hubei Province, central China, many of whom in its capital city Wuhan. According to Mr. Abdulraheem Inobieme Musa, a Nigerian PhD candidate majoring in international law at Zhongnan University of Economics and Law in Wuhan, a total of 65 Nigerian students, research fellow, teachers and businessmen are now dwelling in this hardest hit metropolis of more than 10 million inhabitants. On February 17, good news came out from Jingzhou, an ancient city with around 3000 years history about 230 kilometres far from Wuhan, the first African to get Coronavirus, Kem Senou Pavel Daryl, a 21-year-old Cameroonian student was cured in a local hospital 14 days after medical intervention. Abdulraheem Musa, who has also got his LL.M. in Central China Normal University in Wuhan from 2016 to 2018, said he and his schoolmates in Wuhan are always happy to hear that someone who had or was said to have symptoms of the Coronavirus is cured.

This good news caused us to rethink, is it necessary for other countries, including Nigeria, to evacuate their citizens from Wuhan, or to a large extent, the whole Hubei Province even the entire China? One thing I am sure about is that right now there are tens of thousands of Chinese health workers, dispatched from almost all the other provinces across China, are combating COVID-19 and treating patients there. Not long ago, a Nigerian newspaper published an interview with a Nigerian businessman in Wuhan, with a shocking title, “Nigerians in Wuhan Risk Coronavirus Infection If Not Evacuated Now”, but just as the interviewee said in the article, none of the Nigerians is infected up to now. Through Wechat, a Chinese version of WhatsApp, Musa told me that he does not believe evacuation is necessary right now, but the fears of contracting a new disease seems to be the only underlying factor why calls for evacuation are pronounced.  The Nigerian PhD candidate’s mother, Mrs. Hajara Obanyi Musa told me in Abuja on February 19, she is quite confident that her son in Wuhan is totally safe, China’s response to the outbreak has been effective. Just like many other people around the world, the Nigerian mother and his son do believe that only confidence and solidarity will defeat the epidemic, while rumours and panics, which are much worse than the disease itself, will only worsen the situation.

At this trying time for China fighting against COVID-19, many Chinese expatriates here in this beautiful country, me included, can deeply feel our Nigerian brothers and sisters’ sincere hospitality and support. We feel so encouraged and cheered-up by their supportive and heartwarming messages. President Muhammadu Buhari, both the Senate and the House Representatives of the National Assembly of Nigeria (NASS), the ruling party All Progressives Congress (APC), various institutions, media, NGOs, scholars, artists, students and countless individuals, every single word from them is so cheerful and touching, which best serve the annotations to the old saying, “a friend in need is a friend indeed!”