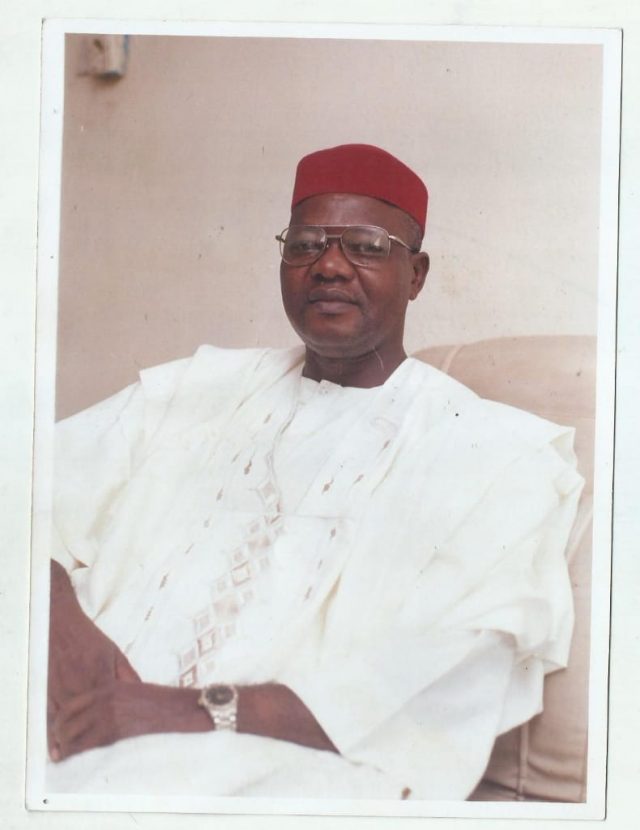 The President of the Nigerian Entrepreneurs Forum (NEF), Dr. Sidney Inegbedion has described the 20 years the Forum on China Africa Cooperation (FOCAC) has been in existence to work out a virile and profitable relationship between the two worlds as those of progress and shared prosperity.

In an interview with us, he stated that in so many ways, in fact, in all the objectives and agenda of the FOCAC, they have been years of great success and progress in diplomatic, educational, cultural and economic relationships between Africa and China.

Inegbedion who has been familiar with the FOCAC and the workings between China and Nigeria since 2003 said he is a witness to the impacts of the forum and one that he wishes would be replicated by many world bodies for a more peaceful and prosperous era.

I have worked closely with China from my political party and now the NEF for close to 20 years and it was in 2003 I found out that the pace and reach of the FOCAC had become far more serious than before imagined. In so many ways, we have worked with China even representing the government of Nigeria through some organisations of the government and I am a witness that the body has impacted so much on the development of the two worlds. Most of all, the way China has related with Africa and especially Nigeria has also become a standard for the other worlds to approach Africa diplomacy. Between 2018 and 2019, there was this heightened diplomatic attention on Africa from Europe, America and other Asian countries like Japan and some of them even hosted African countries to economic summits such as the UK, Japan, Russia and the US. In a particular month, leaders of Germany, France and the UK were on diplomatic tours of Africa and two of them even came in one week.

So the commitment of China to the FOCAC agenda has triggered so many positives in so many ways, and as a  participant, I have taken tours to China several times to discuss economic benefits of the two sides and almost all of them bore fruits of actualization and not just talk shows. Also, having been involved in economic cooperation negotiations and activities between Nigeria and other countries, I am in a position to know the differences.

Economically, the platform and forum has brought so much turnaround too in investment, trade, technology transfer and many more.

The trade volume between China and Nigeria has increased tremendously over the FOCAC years, and as the Chinese ambassador to Nigeria, Dr. Zhou Pingjian stated in January at the celebration of the Chinese New Year, China’s volume of trade or imports from Nigeria has increased by over 70 percent in the past two years and this is also in processed goods and industrial raw materials, outside oil which is the primary export of the country.

Beyond trade also, Nigeria is the African country with the largest number of students in China on scholarship, about 6,800. I have also followed the development of the trend of human empowerment and human capital enhancement by the Chinese construction firm, CCECC where over 60 young Nigerian workers, all university graduates, are undergoing training in railway technology in China to be able to raise a domestic workforce to run the nation’s railway system. The Minister for Transportation, Hon. Chibuike Amaechi has confirmed this in many public addresses. The Chinese company has built a wagon production plant in Ogun State and many Chinese firms have set up production bases with Nigerian partners in the country and our cooperation has gone beyond just exporting Chinese finished goods to Nigeria to encouraging local industrialisation.

At another forum, the Chinese ambassador also said the dream of the country is to work towards a made-in-Nigeria-with-China concept for the nation’s industrial growth. We have Chinese investment interests in the automotive, railway, ICT, oil and gas, manufacturing, construction, maritime and many other sectors. Chinese construction companies have also built roads, bridges, railways, social amenities and many other and have been faithful in handling the contracts according to agreed terms.

Another good instance is the giant petrochemical and fertilizer plants owned by our own business mogul, Aliko Dangote in Lagos where enormous Chinese investment interest is a good part of it. The fertiliser plant is going to the world’s largest when it comes on stream and to earn Nigeria $750m foreign exchange as the Central Bank of Nigeria (CBN) Governor, Godwin Emefiele revealed just last week. Companies like the Sinotruk, the Chinese truck making giant is also partner there. The ANAMMCO in Enugu has got so much Chinese input in partnership with Nigerian transporter, GUO, and that facility has come back fully and making vehicles. Innoson that is fast becoming a major local automobile brand also has Chinese partners. In Lagos, the Elizade Motors has forged a strong partnership with Chinese Guangzhou Automobile Company (GAC) while the Lagos State government announced an interest to set up a car assembly plant locally in partnership with GAC also. The state government announced that last year in November after Governor Babajide Sanwo-Olu did a business and investment tour of China.

In so many states like Kano, Ogun, Edo that lately announced a plan to partner Chinese investors and develop the agribusiness sector, especially palm oil production, Enugu, Delta, Ebonyi, Cross River and many others, the Chinese economic interest has become common. The best part of this development is the interest in investing in Nigeria rather than just exporting finished goods to Nigeria.

China is today the highest importer of Nigerian timber and cassava pellets and all these have resulted in the growth of the trade volume that is close to $20b in 2019.

The Africa China Economy Online, a major news medium in Nigeria with special interest in China Africa economic cooperation reported how on a tour of the Nansha Port, Guangzhou, the management remarked that the port’s largest import from Africa is from Nigeria and the product is timber. Also, it revealed that the Apapa port, Lagos is the largest receiver of its exports to Africa.

At the regional level also, Inegbedion noted that China played a great and commendable role in the eradication of the Ebola virus outbreak and was the country that made most contribution of resources – material, financial and expertise to the fight against Ebola in 2013 and 2014. In Mali, another West African country, China’s peacekeepers have been on ground fighting and working alongside the UN to defeat insurgency in the country and bring back peace

China’s intervention against Ebola in Liberia, Guinea and Sierra Leone remains a landmark in humanitarian assistance and I am persuaded that all these have been made possible in pursuit of the FOCAC objectives.

For this great friendship to continue stronger, Inegbedion suggested that the Chinese mission in Nigeria should review its policy on visa issuance. “In the past I have led so many business delegations to China to the Canton Trade Fair and many others and I ensured that all our contingents abided by the rules and many of them over time got business partners that have remained doing business with them in the past years. But sometime in 2017, possibly due to pressures from Nigerians planning to travel to China, the visa policy changed in a way that has been somehow counter-productive till now. That was after the visa issuance was outsourced to an Indian company. It is my considered opinion that an Indian firm should not handle China visa issuance. They have created a lot of stringent restriction that work against free business relationship between Nigeria and China and I would advise that the mission reconsiders this. I would prefer that a Chinese company does that and make things easier

It was in the spirit of smoother and better economic relationship between the two countries that Nigeria in 2014 started domiciling a percentage of its foreign reserve in the Chinese Yuan and two years ago, the CBN and China’s People’s Central Bank signed agreement for currency swap that enables Nigerians doing business in China or the Chinese in Nigeria to procure forex in the Renminbi and not going through any other intermediary currency. We should not forget that this is about national economic interests and the Indian company for personal reasons might decide to implement the rules like personal business for personal gains and who knows, I am just guessing, to discourage Nigerians doing business with China and encouraging a situation that would make Nigerians go to other countries with more liberal visa conditions.

I don’t support a loose or frivolous approach to visa issuance, but where there is a genuine reason for business travel, Nigerians should not be turned back or their applications for visa turned down as commonly as it happens now.

Since FOCAC has yielded great dividends, we would do well to sustain those policies that encourage better outcomes, and business travels by Nigerians and the Chinese to scout for opportunities in each other’s side should be encouraged rather than shut down. But for the coronavirus incident, my group, the NEF, would have been to China to set up our office in Yiwu, Zhejiang Province. So with the mileage covered by the forum so far, we only need to do much more.

How COVID-19 will change China and Africa’s economic relationship

The Guangzhou spat is cutting deep gorge in Africa-China relationship