Chief James Onanefe Ibori has described Professor Benedict Imeagwu Chukwuma (B.I.C.) Ijomah who passed on Friday 13th March 2020 as a consummate educationist who excelled as both teacher and administrator from the secondary school to the university, a social activist, uncommon nationalist, global church leader and a towering world class intellectual.

In a statement signed by his Media Assistant, Tony Eluemunor, Chief Ibori said that Prof Ijomah was outstanding in all he did. He recalled that Ijomah set a high standard when he taught briefly at St. Anthony’s College, Ubulu-Uku, from where he gained admission as a foundation student of the University of Nigeria, Nsukka, in 1960, and emerged the first President of the UNN Students’ Union, 1960 – 1961.

Uncannily combining academics with administrative work, he delivered a globally acclaimed lecture at the 1977 World Black and African Festival of Arts and Culture (FESTAC ’77) Colloquium, in Lagos.  Ijomah was the founding Registrar at Federal Polytechnic, Akure, which was later moved to Ado-Ekiti, and he was there to build the new site from scratch.  Then, he become a Professor of Political Sociology and was for several years, the Head of the Department of Sociology, from Nsukka to Ambrose Alli University where he served as Dean of Faculty of Arts and Social Sciences from 1985 – 1989. He remained Head of Department of Sociology, at Ekpoma, until he retired in 2002. He also meritoriously served as an Education Commissioner in late Samuel Ogbemudia’s Bendel State administration in 1983.

Chief Ibori said that apart from his academic exploits, Prof Ijomah was a thorough-going patriot who wore his being from Delta state as a badge of honour.  Ibori described Prof Ijomah as “an erudite orator, a remarkable nationalist, one of those respected elders and political leaders who sat together and negotiated the amiable creation of Delta and Edo states from the old Bendel. During my watch as Governor from 1999 t0 2007, I gained a great deal from the wholesome golden nuggets of advice that came from the incandescent mind of this uncommon intellectual. Prof Ijomah was a shining light, a repository of history, an unrelenting social activist, a soaring intellectual whose death could be compared to the burning of a vast and immense library”.

Chief Ibori sent his condolence to the people of Aboh, Ijomah’s home town, and the entire Delta State. He also condoled the University of Nigeria, Nsukka, which Ijomah continued to relate strongly with, until he drew his last breath.  He prayed the Almighty God to grant Ijomah, an ardent Catholic and lover of the Blessed Virgin Mary who was installed as a National Patron of the World Apostolate of Our Lady of Fatima in 2010, eternal rest. 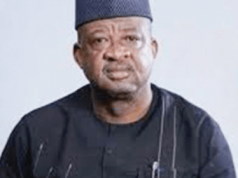