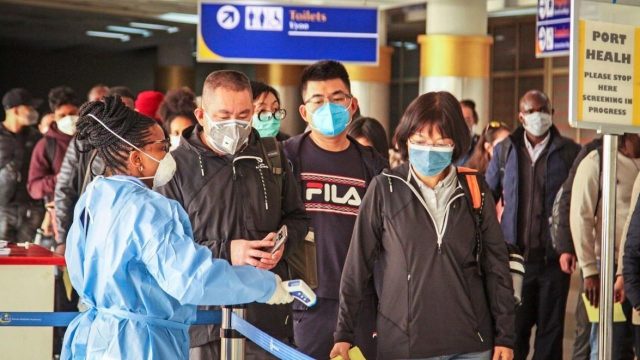 Chinese students studying in the US face an unclear future as chaos continues amid the global COVID-19 pandemic even after President Donald Trump announced a national emergency on Friday. Some students expressed a lack of confidence in the US response. But as returning to China becomes riskier, anxiety looms for what to expect in the coming days.

Across the US, schools are closed, along with many restaurants and gatherings, The New York Times reported on Monday.

According to Johns Hopkins University on Sunday, at least 2,952 cases of the novel coronavirus were confirmed in the US with 57 deaths, CNBC reported.

Trump on Friday declared a national emergency over the novel coronavirus to free up $50 billion in federal aid, Reuters reported. “It could get worse. The next eight weeks will be critical,” he said.

For the 350,000 or so Chinese students studying in the US, their lives have started to get difficult.

Helen Wang, a graduate student in Harvard University, told the Global Times that she was informed by her university last week to move out as the “university now is on high alert of outbreak.”

She said although everyone in her residential building was kicked out, the decision “disproportionately affects international students, as we are caught in between; no place to stay in the US whilst the journey of going back to China is too risky and costly.”

She is now living in a friend’s house in Boston and searching for a cheap accommodation in the US. “Living expenses in Boston are incredibly high, so I have to go somewhere else.”

The Chinese Embassy to the US on March 12 published a statement, notifying Chinese students to obey local rules of quarantine, to stay at home and to appeal their needs in a proper manner.

The embassy also urged Chinese students to pay attention to discrimination against Chinese people and to seek legal assistance if necessary.

For Zhang Mo, a graduate student at a public university in the Atlanta, school did not stop until this weekend, when spring break began. However, the community nearby had found several cases of novel coronavirus before that, which provoked fear on campus, said Zhang.

Zhang has stored instant noodles, toilet papers and even alcohol in her dormitory. She and some Chinese students play board games to pass the time and do not go outside unless necessary.

Zhang and other Chinese students have also provided masks they collected to other classmates who could not get any.

“I bear no confidence to the US government. I’m afraid of riot might happen,” Zhang said. “The country is deceiving the people. It would not publish the data of the confirmed cases.”

She said she considered flying back to China, but the flight tickets are expensive and scarce. Some of her classmates are trying to organize private flights, which could cost tens of thousands of dollars.

The trip back to China, which would take more than 20 hours, brings a high risk of infection.

China is also tightening its administration measures for inbound travelers. The Chinese healthcare authority of Beijing on Sunday announced the isolation of all travelers from abroad for 14 days.

Zhang is about to graduate in the summer, but she is now worried about her academic career. “At least I believe, if the situation got really bad, the Chinese government might bring us back somehow,” she said.

Siyu from Stanford University said that some students from her university launched an online petition for a tuition fee deduction of the 2020 spring quarter. “Online schooling means less interaction with faculty, incapacity to hold meaningful discussions and no attendance of research labs, which justifies for our request,” said Siyu.

Chen You, a Chinese student who is currently applying to a US university, said the outbreak in China has made her nervous since late January, after she submitted application for graduate schools in the US.

Fortunately, her application process was not disturbed as she already obtained several offers. “Everything with the application went smooth. But I’m beginning to worry about my visa application in summer; if things keep deteriorating in the US, the question would be, is it a wise decision to study here.” 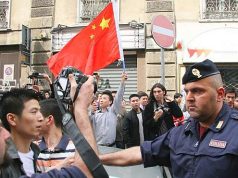 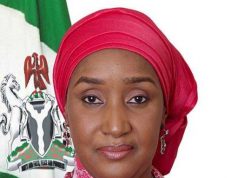 Our report on govt’s claims of enough palliatives for citizens goes viral with 28,442 views… and comments disagree with the govt 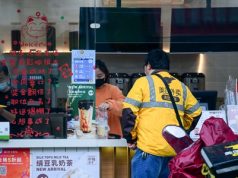 Wuhan malls reopen for business after 2 months, but fear won’t let patronage bounce back yet