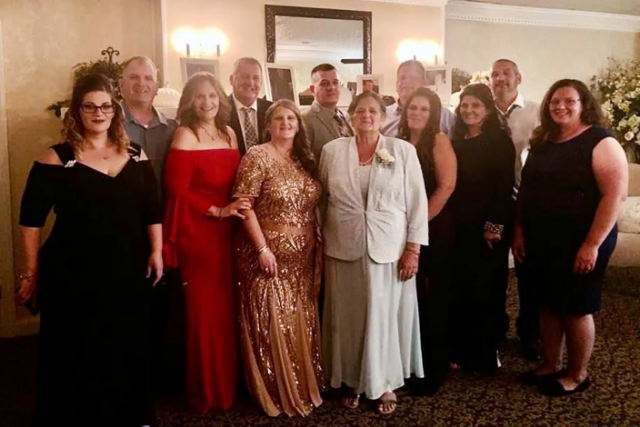 Grace Fusco — mother of 11, grandmother of 27 — would sit in the same pew at church each Sunday, surrounded by nearly a dozen members of her sprawling Italian American family. Sunday dinners drew an even larger crowd to her home in central New Jersey.

Now, her close-knit clan is united anew by unspeakable grief: Fusco, 73, died Wednesday night after contracting the coronavirus — hours after her son died from the virus and five days after her daughter’s death, a relative said.

Four other children who contracted coronavirus remain hospitalized, three of them in critical condition, the relative, Roseann Paradiso Fodera, said.

Fusco’s eldest child, Rita Fusco-Jackson, 55, of Freehold, New Jersey, died Friday; after her death, the family learned she had contracted the virus. Fusco’s eldest son, Carmine Fusco, of Bath, Pennsylvania, died Wednesday, said Paradiso Fodera, the family’s lawyer, who is Grace Fusco’s cousin and is serving as a spokeswoman.

Fusco, of Freehold, died after spending Wednesday “gravely ill” and breathing with help from a ventilator, unaware that her two oldest children had died, Paradiso Fodera said.

Nearly 20 other relatives are quarantined at their homes, praying in isolated solitude, unable to mourn their deep collective loss together.

“If they’re not on a respirator, they’re quarantined,” Paradiso Fodera said.

“It is so pitiful,” she added. “They can’t even mourn the way you would.”

As of Wednesday afternoon, five New Jersey residents had died after contracting the virus, which has infected at least 427 people statewide. Nationwide, at least 7,047 people across every state, plus Washington, D.C., and three U.S. territories, have tested positive for coronavirus, and at least 121 have died, according to a New York Times database.

But the virus’ devastating toll on a single family is considered as rare as it is perplexing.

“They’re young, and they don’t have any underlying conditions,” Paradiso Fodera said.

Fusco and four of her children were being treated at CentraState Medical Center in Freehold, about an hour south of Manhattan, relatives said. Carmine Fusco died at a Pennsylvania hospital near his home, Paradiso Fodera said.

The family has deep ties to the horse-racing industry near Freehold Raceway. Some trained horses. Others raced them. The children’s father, Vincenzo Fusco, did both, according to his obituary.

A person who had contact with a man who died in New Jersey on March 10, becoming the state’s first coronavirus-related fatality, had attended a recent Fusco family gathering, the state’s health commissioner, Judith Persichilli, has said.

The first New Jersey man to die has been identified by a close friend and the harness track where he worked, Yonkers Raceway, as John Brennan.

Paradiso Fodera said the gathering was a routine Tuesday dinner.

“A party to most people was a regular dinner to them,” she said before counting names on a family tree that listed 27 grandchildren.

The gathering is believed to be the source of the virus, and information about the number of people infected there led to a new intensity in Persichilli’s warnings over the weekend against even small get-togethers with friends or relatives.

“I cannot emphasize enough how important it is to take personal responsibility and to avoid even small gatherings,” Persichilli said during a press briefing Sunday.

Dr. James Matera, chief medical officer of CentraState Medical Center, said he had discussed the uniqueness of treating so many members of the same family with the state’s health commissioner and officials at the Centers for Disease Control and Prevention.

He said officials are in the process of evaluating the patients’ medical histories to look for clues about why the virus might have progressed so rapidly and been so potent.

“I don’t know if it’s a strain thing,” Matera said. “I would consider these particular people to be unusual.”

Fusco-Jackson died a day before her test for coronavirus came back positive Saturday evening.

Her relatives are urging officials at CentraState or the CDC to conduct an autopsy to learn more about how the virus killed Fusco-Jackson. She had been in good health, they said, and taught religious education classes at the Roman Catholic Church where many members of the large extended family worshipped, St. Robert Bellarmine in Freehold.

Fusco-Jackson, a mother of three, also sang in the choir, coordinated parish weddings and volunteered in the church’s gardening club, the pastor, Monsignor Sam Sirianni, said.

She had attended a retreat for students preparing for the sacrament of confirmation Feb. 29, but her contact with participants was minimal, the church said on Facebook.

“I can’t tell you enough about her,” Sirianni said Wednesday in an interview. “She was always willing to assist and to lead.”

The family was among the founding members of the church, he added.

“Until this virus came, they were still the family that would gather for Sunday dinner,” Sirianni said. “If grandma was there, everybody came.”

The church has since been deep-cleaned, and Sirianni, like all members of the parish staff, is operating under quarantine based on possible exposure.

“It means I turn to the Lord even more,” Sirianni said. “What came to mind last week was. ‘Lord save your people.’ And that’s been one of my mantras when I go to pray.”

He said he was struggling to come to terms with being unable to visit the sick at CentraState.

In addition to those who have tested positive for coronavirus at CentraState, a mid-size hospital that operates as a nonprofit, 27 community members who have been tested for the virus but are awaiting results are hospitalized under observation, Matera said Wednesday.

He said the lengthy turnaround time for test results leaves patients in the dark and burdens the hospital’s limited resources. Patients who might ultimately test negative for coronavirus, and be healthy enough to leave the hospital, are instead being kept in isolation.

If tests were returned more quickly, more patients could be discharged.

“That opens up beds,” Matera said. “It lowers the anxiety of the staff.”

Fusco-Jackson’s relatives also believe that speedier test results could have made a difference in her care.

“They didn’t treat her as a confirmed case because everything is so delayed,” Paradiso Fodera said. “It’s a big bureaucracy. The testing result time is important.” 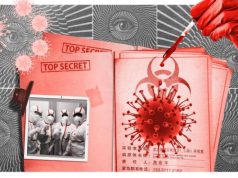