The COVID-19 pandemic situation in Africa continued to worsen, as 30 countries on the continent have reported more than 400 confirmed cases as of Tuesday, according to the latest report of the Africa Center for Disease Control and Prevention (Arica CDC).

The Africa CDC said in its latest report on the pandemic situation that as of Tuesday, 443 COVID-19 cases have been reported in 30 African countries. Four countries have reported a total of 10 deaths. And Egypt currently has the largest number of confirmed cases on the continent at 166, followed by South Africa with 62.

“In the aftermath of the deadly Ebola outbreak from 2014 to 2015, Africa established a public health system, which has since January acted quite effectively in training medical personnel for COVID-19 detection and prevention in large parts of the continent. However, such a public health system remains relatively less developed than that on other continents, and the lack of supplies and relevant manufacturing capability would add to the adversity as the situation worsens and prolongs on the continent,” Liu Haifang, executive director of the Beijing-based Center for African Studies and associate professor at the School of International Studies of Peking University, said on Wednesday.

Among the 30 African countries with reported infections, the report said, 18 of them were imported ones, and such importation was mostly from European countries such as Italy, France and Spain.

For instance, in South Africa, the second hardest-hit country by the pandemic on the continent, five of the local COVID-19 cases were linked to the UK, four from the USA, three from France and two from Italy.

To defend and tackle the pandemic, many African countries such as Egypt, Morocco, and Djibouti have temporarily suspended international flights, while Sudan also sealed off all its sea ports.

Liu is worried about how long the African countries that have already implemented lockdown measures would be able to maintain the practice, before such measures weigh heavily on their relatively weaker economic foundations.

“The situation has improved in China. While continuing our fight against the disease at home, China will support and help African countries and regional organizations to the best of our ability,” Geng Shuang, Chinese Foreign Ministry spokesperson, said at a routine press conference on Tuesday.

“We have delivered a batch of testing reagents for African countries through the Africa CDC and emergency supplies to countries affected. Our medical teams are also assisting them in fighting the epidemic. Chinese companies and civil organizations also provided urgently needed supplies to African countries,” he noted at the Tuesday event.

Geng added that Chinese experts and officials from the health and customs departments are scheduled to share information and experience on COVID-19 in a video conference with officials and healthcare specialists from the Africa CDC and over 20 African countries on Wednesday afternoon.

China’s bigger role in the pandemic fight in Africa is urgently needed. For example, China’s successful public governing experience in its own victorious battle against the COVID-19 will guide African countries to mobilize the public to curb the local transmission and better understand their governments’ measures, Liu said.

China can also work together with Africa to establish a joint epidemic prevention and control mechanism, as it did with South Korea and Japan, to share information.

Zimbabwe’s Embassy in China told the Global Times on Wednesday in an exclusive statement that while the country has not recorded any infections except for a few suspected cases under observation, it shall continue to seek China’s assistance in taking robust and facts-based preventive measures that would also include the necessary equipment in preparation for any possible outbreak. 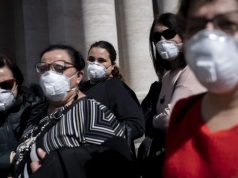