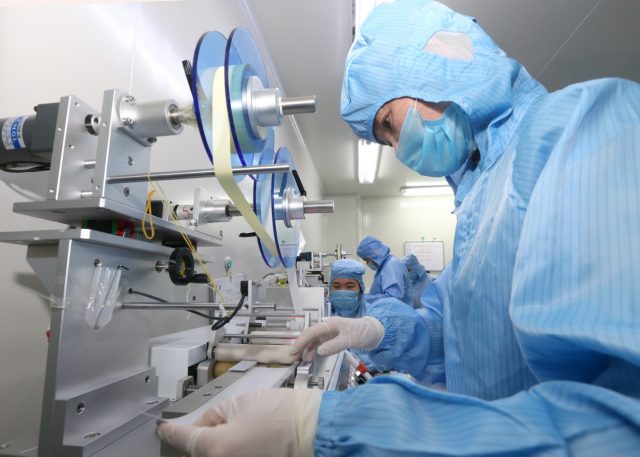 Western politicians and media stirred up a new round of attacks on China’s virus prevention effort: questioning its data transparency, which scientists criticized as “cannot be taken at face value scientifically.”

The groundless accusations reflected a “sour grape” mentality long existing in some Westerners. This was amplified by the stark contrast between China’s announcement of a phased victory of the hard-fought battle and Western countries’ harrowing struggle in battling the global pandemic.

Their most-oft used rhetoric includes China adopting a different standard to identify confirmed COVID-19 patients; as well as local government’s cover-up at the early stage as an excuse to cast doubts on China’s data in general; and they railed against China for failing to include asymptomatic patients in its national figure.

Until very recently, pictures of long queues and stacks of urns at funeral homes in Wuhan gave foreign politicians and media new ammunition to attack China’s transparency on the coronavirus data.

Some Western media, such as Newsweek, made a bold but dubious estimate, using the picture of a long queue, some local residents’ statements, and urns distributed to claim, that Wuhan had a death toll of 26,000.

Wuhan has been sealed off for two months with funeral homes cross the city closed. In addition to deaths caused by the virus, death figures in the city, with a population of roughly 9 million, included those who died for other reasons, said Zheng Shuqian, an employee at one of Wuhan’s community healthcare centers, who also accompanied residents to collect urns.

He said others might have died of other underlying diseases. They were denied timely treatment during the two-month lockdown because the city’s medical resources were greatly strained to treat the COVID-19 patients.

A total of 47,900 people died in Wuhan in 2018, which means almost 4,000 people died monthly on average, according to data from Wuhan’s bureau of statistics.

On Tuesday, China also ordered the inclusion of symptom-free coronavirus cases in the national statistics figure. But the number is relatively small. According to the National Health Commission (NHC), a total of 1,541 asymptomatic patients were placed under observation in China as of Monday.

South China Morning Post, which claimed to have obtained a confidential document, reported earlier that China has under-reported its confirmed COVID-19 cases by one-third, or more than 40,000 infections.

NHC said on Tuesday that as authorities began to round up registering silent patients as early as January 28. Asymptomatic patients and their close contacts have been required to put under 14-day quarantine, which refuted the claims that China failed to regulate or had “covered up” this group of patients.

Medical experts also told the Global Times on Tuesday that it is reasonable for China to exclude asymptomatic patients previously, because if one doesn’t have symptoms, he does not need to be treated.

Wang Guangfa, director of the department of respiratory and critical care medicine at Peking University First Hospital, pointed out that China tested and reported more subjects than some Western countries, including people with mild symptoms as well as close contacts, which are not covered in the US.

In some countries, such as Italy and Spain, the proportion of people dying from COVID-19 is very high, whereas in China it is low. This probably indicates that in the latter countries more tests also in people without symptoms were done by thoroughly tracing contacts of sick people, Belgian virologist Guido Vanham told the Global Times. Vanham is also former head of virology at the Institute for Tropical Medicine in University of Antwerp.

At the beginning of the outbreak, China neglected to round up a group of suspected patients and close contacts due to the lack of knowledge of the virus and absence of test kits, Zheng said.

He said the government was soon alerted by the severity of the virus and raced against time to round up those which had to be rounded up, and categorized quarantine measures of all COVID-19 patients, suspected cases and close contacts.

Zheng said as our knowledge of the virus has matured, China has made a complete system for reporting and monitoring COVID-19-related cases. Take Wuhan. As soon as a confirmed case is reported, the city’s center for disease control and prevention would notify community workers to check family members and close contacts of the confirmed patient, and properly put them under quarantine. Then the community of a street healthcare center would report those cases to their supervisors to generate data. “So you can see China’s data is collected in a scientific and strict manner, making sure no one is excluded,” Zheng said.

Vanham believes that China has done a better job than most countries in Europe and the US. It is possible that there has been some hesitation in Wuhan and Hubei at the very beginning, but this was a completely new situation. It is much less understandable that most European countries and the US, having seen what had happened in China, have not anticipated earlier and hesitated so long to take appropriate measures, which are being executed right now.

Countries may not have created a system to identify OCIVD-19 patients, but they have a very similar diagnostic basis, including clinical symptoms, CT and nucleic test results, said China’s Center for Disease and Control chief epidemiologist Zeng Guang, noting that it is wrong to accuse China of adopting different diagnostic criteria just to bring down the country’s infection numbers.

British media said Prime Minister Boris Johnson was warned by some scientific advisers that China’s officially declared statistics on the number of cases of coronavirus infaction could be “downplayed by a factor of 15 to 40 times,” but such reports did not specify who the advisers were or how they came to their conclusions.

Zeng said that first of all, this media and the said scientists failed to lay out their basis for such a groundless accusation. Second, if the conclusion comes from a mathematical mode, the scientist considered only the transmission regularity of the virus, whilst neglected human intervention, which China has adopted since the early stage of the outbreak in the country, and effectively curbed virus transmission.

“Viral spreading in China cannot be predicted or estimated according to the data generated by the mathematical mode. Doing so will be subject to great deviation,” Zeng said, adding that such regularity is more accurate to conjure Western countries’ data for they failed to apply strict preventive measures.

Ever since the US undertook China as the country with most recorded COVID-19 cases, its politicians have been heaping criticism on China’s data transparency.

President Donald Trump on Thursday expressed his doubts about the number of COVID-19 cases being reported by China. “You don’t know what the numbers are in China,” the president said when asked by a reporter whether he was surprised that the US has surpassed China in the number of cases.

Joining Trump, US Senator Marco Rubio also decried on Twitter on Sunday that “it is bad journalism” to report that the US has more coronavirus cases than China, as “[we] have NO IDEA how many cases China really has but without any doubt it’s significantly more than they admit to.”

Many politicians in the West are poisoned by this “unhealthy mentality” which makes it difficult for them to accept the fact that the outbreak had receded in China so fast, said Peking University professor Zhang Yiwu.

Zhang said the mentality originated from their “Western supremacy,” and was amplified by the stark contrast between China’s fast-achieved phased victory over the virus vis-a-vis their harrowing virus prevention efforts.

“They previously criticized China’s lockdown measures and its building of makeshift hospitals, which later proved be the only effective solution, and was like a slap in their faces. So they have shifted their attack on China on data transparency.”

Observers noted that it is pointless to blame one another during such a special time, as everyone is prone to the harm of the virus. “It is time for countries to join hands to fight the virus together,” Zhang urged. 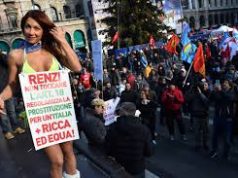 Post covid-19 lockdown: Sex workers in Switzerland to get back to work, but not sports 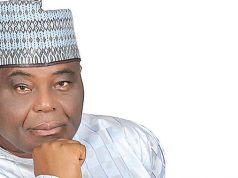