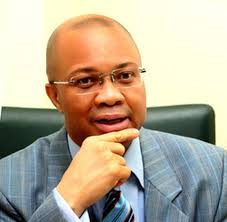 President Muhammadu Buhari has approved the renewal of the tenure of Mr. Benjamin Akabueze as Director-General (DG) of the Budget Office of the Federation.
Mr. Akabueze, popularly known as Ben, was first appointed as a Special Adviser Planning (SAP) to the President on February 15th, 2016 and later re-deployed and appointed as DG Budget, June 10th, 2016 by Mr. President, to handle the nagging issues in the Budget office at that time.

The reappointment was announced in a statement signed by Yunusa Tanko Abdullah and would take effect from June 11th, 2020, a day after the expiry of the current tenure.
The Budget Office is currently undergoing several reforms under the leadership of Akabueze towards improving the effectiveness and efficiency of the Budget office of the Federation.
Akabueze has a track record of sterling performance and it is due to his achievements that Mr. President has approved Akabueze’s tenure to be renewed for another term in order to institutionalise the achievements for a sustainable improvement in the Budget Office of the Federation, the statement explained. 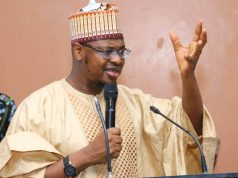