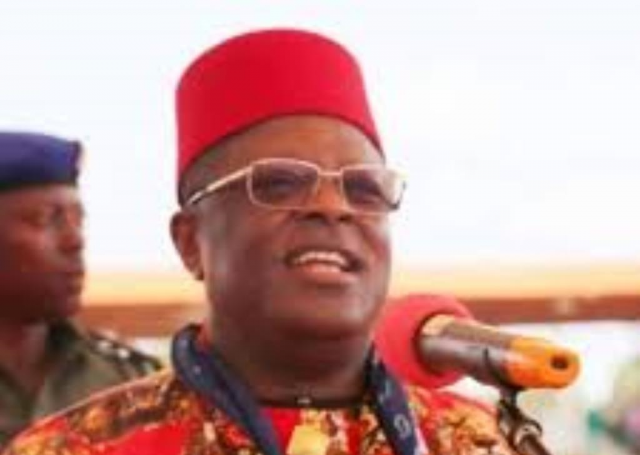 In the past one week, there is a major dominating news report from the states of Nigeria. It’s the news of the renewed incidents of political killings, torture and wanton destruction of lives in Edda, known as Afikpo South LGA of Ebonyi State.

The wanton killings linked to a politically backed group called MORE-CAN-BE-DONE has been reported in almost every media body in Nigeria during this period.

The four incidents of killings by cult members linked to the MORE-CAN-BE-DONE whose origin is allegedly linked officially to the Afikpo South LGA didn’t seem to have shocked the perpetrators enough as on May 10, Sunday, another near killing was witnessed in the Ogwuma Village of Edda where a young man of 20 who told the media and police that the killer squad members wanted to bury him alive capped the incidents for now.

It was most shocking listening to the narration of the young man who was recovering in a hospital with injuries all over his body.

One of the champions and most vocal of the people of Edda, the besieged community, Chief Abia Onyeike, a former Deputy President of the Nigeria Union of Journalists (NUJ) and a former Information Commissioner in Ebonyi has said it loud enough that Edda needs immediate intervention of the security agencies of Nigeria and the governor of the state, Chief Dave Umahi to save the people.

Onyeike called for probe by Umahi as he noted that the seeming lax attitude of the governments of the state since 2007 the incidents started tend to send a wrong signal that the killers have some backing of powerful forces in the state to evade punishment.

He said: “We have a strong suspicion that some forces in Abakaliki shield the killers, otherwise why are the cries of the people not heeded.

There were killings in Nguzu Edda on March 27, 2020 of a 19-year-old young man, Chidi Oji. While the governments at the state and LG trade blames on who killed this man, there hasn’t been a single arrest or investigation. How else would a people be intimidated and cowed to believe they are all prone to murder by this group without any punishment. We get more uncomfortable by the day.”

At the last count, The Nation Newspaper of May 17, 2020 and an online platform signaturetv.com screamed the carnage and blood fair that have become the normal in Edda and Ebonyi.

As if the trend has become infectious, a video that is so shocking and blood-cuddling started trending on the social media alleging that a young man whose hands were savagely tied to his back in a most inhuman manner was forced to confess that what he wrote on the Facebook against the Chairman of Afikpo North LGA were all lies. In shriek, anguish and torment, the man admitted under duress that he published falsehood against the chairman whose title was constantly mentioned.

A statement by Onyeike and another citizen, Onuoha Ogbuagu, leaders of the Edda Intelligentsia lamented the multiple deaths facing the people everyday.

They said: “after an emergency meeting held at the weekend in Akanu Owutu Edda, Afikpo South LGA of Ebonyi State, the group condemned “the recent violence and mayhem unleashed on the peace-loving people of Edda Clan which led to the death of not less than four persons.”

Reviewing the genesis of the killings, the group accused an organisation, More-Can-Be-Done, of playing a major role in the crisis.

Describing the organisation as a killer/terrorist group, the intellectuals condemned its existence and operations in Edda Clan. Part of the statement read: “after the killing of the four persons, another young boy, Sunday Oji Nnachi, a JSS 3 student of Comprehensive Secondary School, Ogwuma Edda, was attacked by the More Can Be Done group on Sunday, 10th May, 2020. He was abducted, beaten to coma and was about to be buried alive in the bush before hunters rescued him.

“We have taken a cursory look at the recent political history of our people vis-à-vis the recent slide of Edda  Clan to anarchy,  political tyranny, violence  and unnecessary loss of lives, traceable to the unfortunate formation of  the More Can Be Done terrorist group in 2007.

“We therefore call on the Ebonyi State Governor, Chief David Umahi to set up a Judicial Panel of Inquiry to look into the causes/sources of the killings in Afikpo South LGA; and also to probe the activities of the More Can Be Done group.” This was also published in The Nation Newspaper.

The report in signaturetv.com narrated a different aspect of the gory incidents playing out in Edda and Ebonyi State, lamenting the deaths, torture, rape, arson and other crimes commitment without punishment since 2007 which is seen as the year the More-Can-Be-Done group of killers came into being to support the political interest of someone “by the use of brute force.”

It reported that: “On March 27 at Nguzu Edda Community one Chidi Oji was killed allegedly by the killer group and two others injured while on the 3rd of May 2020 Mr. Onu Chima of Asaga Owutu Edda was also murdered. A day after, Chukwu Offor Ufere who sustained injuries in the 3rd of May incident also died.

“On May 5, Raphael Okereke from Amaebor Owutu Edda Community was shot and killed by yet to be identified persons. Though sources say the person who carried out the killing is known, no arrest has been made.”

With all these killings, there have been no arrests, not even one as they reported apart from that of the man that was almost buried alive whom the Ebonyi Police Command said some nine suspects had been arrested.

The police spokeswoman told the media that they had arrested 36 persons whom they interrogated and later released others who had no evidence linking them while nine were still in their custody.

These arrests were in respect of the man that was almost buries alive. But for the killings in Owutu and Nguzu Edda, there have not been any reported arrests.

In another incident trending online, a video of a young man with his hands gruesomely tied behind his back was being tortured by men whose faces were not seen on the video.

When one of the assailants torturing him, speaking in a local Ebonyi dialect was heard asking the young man to confess what his crime was, the young man obviously in pain said something about a post on Facebook about the Local Government Chairman of Afikpo North.

Though the assailants were not captured in the 3.15 minutes video but one of them can be heard making reference many times to the LGA Chairman suggesting he is a representative or aide of the said Chairman.

They wondered why until now no arrests have been made “We know those involved in this criminalities and security agencies know them, why they are still walking the streets free is baffling.”

In Edda, however, it is a long list of about nine murders, 12 assault cases, one rape case, five arson incidents, eight community raids across the boundary into the nearby Biase LGA of Cross River State.

Most of these incidents are linked to the More-Can-Be-Done group and some names of their major hit men mentioned as perpetrators.