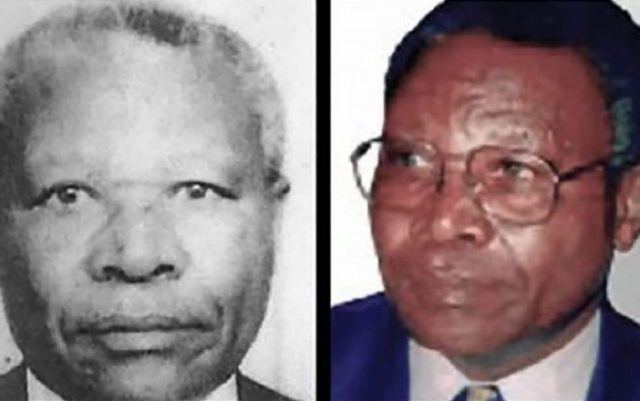 French police seized the man regarded as the intellectual and financial mastermind behind the Rwandan genocide on Saturday, ending a transcontinental 26-year manhunt for “the Eichmann of Africa”.

Félicien Kabuga, Africa’s most wanted fugitive, was arrested in the northern outskirts of Paris after a dawn raid on his flat in the commune of Asnières-sur-Seine. Officers said the 84 year-old had been living there under an assumed identity.

French authorities released few details about the operation, beyond hailing the capture of “one of the world’s most wanted fugitives”. It is believed that a series of simultaneous raids were carried out on addresses across France, some linked to Kabuga’s children, to ensure that he did not escape.

Those familiar with the investigation suggested that the operation, at least in terms of the painstaking intelligence work involved, had echoes of the Mossad mission to seize the Nazi war criminal Adolph Eichmann from Buenos Aires in 1960.

The British security services played an “essential” role in the operation that led to Kabuga’s capture, according to United Nations prosecutors. So, too, did investigators in the United States, which has long had a $5 million (£4.1m) bounty on his head, Germany, the Netherlands, Austria, Luxembourg and Switzerland.

Kabuga will not be sedated and spirited away to Rwanda in the way Eichmann was smuggled into Israel, where he was tried and hanged for his role as a primary architect of the Final Solution.

Instead he will eventually be handed over to a United Nations tribunal to answer longstanding charges of crimes against humanity.

Even so there will be considerable relief in Rwanda, where 800,000 Tutsis and moderate Hutus were butchered over a 100-day period in 1994 — a massacre carried out by a cabal of Hutu extremists with Kabuga, one of the country’s richest men, allegedly at its core.

Without the fortune he acquired through his tea and coffee estates, the genocide might never happened have happened.

The following year, he allegedly began to import into the country hundreds of thousands of machetes, which were doled out to the Interahamwe, an extremist Hutu militia accused of overseeing much of the slaughter.

As the genocide began, Interahamwe militiamen, wearing uniforms reportedly provided by Kabuga, were transported from killing site to killing site in his organisation’s vehicles, investigators say.

Meanwhile, Radio Milles Collines provided the soundtrack of the genocide, urging Hutus to hunt down and kill the Tutsi “inyenzi”, or cockroaches. “The graves are only half full,” the station’s presenters would warn. “We must complete the task.”

After the genocide, which ended when Tutsi rebels led by Paul Kagame, now Rwanda’s president, swept into the capital Kigali, Kabuga vanished.

After a quarter of a century of leads that grew ever colder, many had given up hope of bringing him to justice.

The International Criminal Tribunal for Rwanda, which tried 76 key genocide suspects, ceased operations on New Year’s Eve 2015 without ever laying its hands on the suspect many prosecutors most wanted to put in the dock.

Instead, Kabuga will now be tried by the International Residual Mechanism for Criminal Tribunals, an obscure body created to mop up the unfinished business left behind by the war crimes tribunals for Rwanda and the former Yugoslavia.

For the body’s chief prosecutor, Serge Brammertz, the capture of Kabuga is a triumph as unalloyed as it is unexpected.

“The arrest of Félicien Kabuga today is a reminder that those responsible for genocide can be brought to account, even twenty-six years after their crimes,” he said.

“This arrest demonstrates the impressive results that can be achieved through international law enforcement and judicial cooperation.”

But amid the relief in Rwanda there will also be anger that it has taken so long to hunt Kabuga down. According to UN officials, he had lived in Switzerland, Germany, Belgium, the Democratic Republic of Congo and Kenya during his years on the run. His move to France is thought to have happened in the last three years.

How one of the world’s most wanted men managed to cross international borders with such ease remains an unanswered question. But money and connections almost certainly had something to do with it.

The bulk of Kabuga’s years as a fugitive are thought to have been spent in Kenya. Here he is said to have enjoyed the protection of officials close to Daniel arap Moi, the former Kenyan president, who died in February.

According to a Kenyan government source, the FBI came close to arresting Kabuga shortly after Moi retired in 2002 when a local journalist, William Gichuki, walked into the US embassy in Nairobi and said he knew where the Rwandan was hiding.

But before the FBI could act, Gichuki was murdered. Whether Kenyan intelligence had tipped Kabuga off is unclear. The US embassy never acknowledged its connection to Gichuki but it did release a pointed statement after Kenyan police showed reluctance to investigate his murder.

“The embassy still believes that [Gichuki’s] death is directly related to his willingness to come forward with information on the whereabouts in Kenya of Félicien Kabuga,” the statement read.

Kenya’s apparent refusal to hand over Kabuga strained relations with the United States. In 2009, Barack Obama sent Stephen Rapp, his adviser on war crimes, to Kenya to deliver a public and pointed message to Moi’s successor, Mwai Kibaki.