The two-day, virtual World Health Assembly meeting has begun as more than 100 countries back a resolution calling for a probe into the response to the COVID-19 pandemic.

A resolution at the annual assembly calls for an investigation into the global response coordinated by the World Health Organization to the coronavirus crisis, per NBC News. A draft mentioning the need for an “impartial, independent and comprehensive evaluation” of the response to COVID-19 is being supported by 116 countries out of 194, including Australia, Britain, Russia, and members of the European Union, Reuters reports. The European Union is presenting the resolution, which also mentions identifying “the zoonotic source of the virus and the route of introduction to the human population.”

Chinese President Xi Jinping in a remote speech at the assembly on Monday claimed the country has acted “with openness and transparency” during the crisis, saying any investigation should only occur after the virus is under control, BBC News reports.

President Trump last month announced funding to the World Health Organization would be put on hold “while its mismanagement of the coronavirus pandemic is investigated,” accusing the organization of having a “dangerous bias towards the Chinese government.” When Australian Prime Minister Scott Morrison called for a coronavirus inquiry last month, Axios notes that China “accused Australia of doing the United States’ political bidding.” The resolution that has the support of more than 100 countries, though, doesn’t actually name China, The Washington Post notes.

The United States, Reuters reports, appears likely to back the resolution at the World Health Assembly, with U.S. Ambassador Andrew Bremberg saying, “My hope is that we will be able to join consensus.” 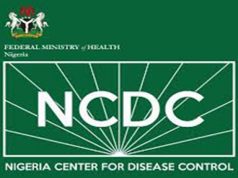