The Chinese aircraft carriers Liaoning and Shandong were finishing up combat readiness training in the Bohai Bay of the Yellow Sea ahead of a planned deployment near the Taiwanese territorial claims, The Daily Mail reported. The Pratas or Dongsha Islands are a series of three atolls off the coast of China and lying to the southwest of Taiwan.

The reports of Chinaâ€™s planned aggressive moves near Taiwan come shortly after Chinese Foreign Minister Wang Yi claimed, â€œpolitical forces in the US are taking China-US relations hostage and pushing our two countries to the brink of a new Cold War‘

The war games near the Pratas Islands also come amid Chinese calls to reunify with Taiwan, raising concerns among some observers that the war games are a ploy to capture the islands.

The Japan-based Kyodo News reported on May 12, that the PLA is also planning to hold massive beach landing drills on the Chinese island province of Hainan in August, which could be used to simulate a beach landing on Taiwan’s Pratas Islands.

The South China Morning Post further reported comments by a military source familiar with the planning, that an aircraft’ carrier strike group will pass through the Pratas Islands on its way to the exercise site to the southeast of Taiwan in the Philippine Sea.

The exact path that the Chinese warships will transit, and the location of their drills is not entirely clear, but the plan seems to deliberately put the Chinese ships in close proximity with Taiwanese territory.

“There are just 200 Taiwanese troops stationed on the Pratas” the military source told The South China Morning Post, â€œso it doesn’t make sense for the PLA to deploy an aircraft carrier strike group to take such a small island.”

Lu Li-Shih, a former instructor at Taiwan’s Naval Academy in Kaohsiung told The Post that China may no longer see use in capturing the Pratas Islands because they have lost their strategic importance to Beijing. China has instead begun placing artificial islands in the South China Sea to serve as airstrips within the disputed region.

â€œBeijing has three 3,000-metre airstrips on its man-made islands nearby, and they can each accommodate all kinds of [military and civilian] aircraft, Lu said.

China military observer based in Taipei, Taiwan, said China’s landing drills and war games were more likely geared towards an overall plan of militarizing the South China Sea and expanding China’s influence in the disputed region.

â€œA landing drill could be seen as preparation for an attack on Taiwan, but it is more to do with the PLA building up its combat systems for any possible conflict in the South China Sea’ Chi told The Post.

The South China Sea remains a highly contested region and the U.S., even before the coronavirus outbreak raised tensions between the U.S. and China and between China and Taiwan. On Tuesday, U.S. Air Force B-1B bombers completed flights over the South China Sea as part of the U.S. effort to maintain access to all air spaces where international law permits, such as that disputed region of the Pacific. 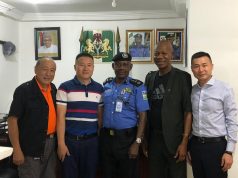 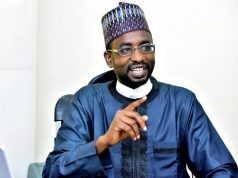 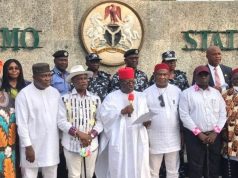