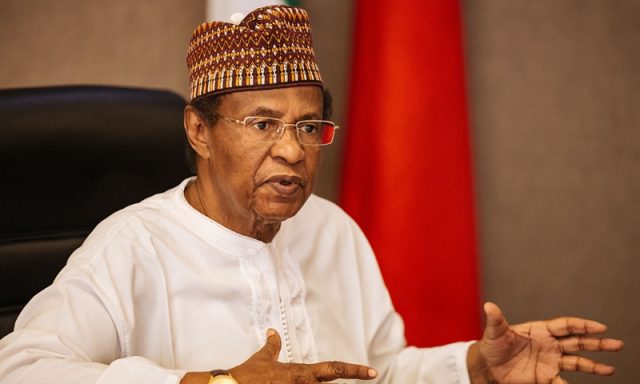 Baba Ahmad Jidda, Ambassador of the Federal Republic of Nigeria to China, has rejected rumours there was open discrimination against Africans in the South China city of Guangzhou during the epidemic, adding that the China-Africa friendship should not be undermined by unverified media reports.

In an exclusive interview with the Global Times, Jidda reiterated the unshakable ties between China and Nigeria, enhanced through mutual support against the COVID-19.

He said the misunderstanding was mainly caused by communication gaps and emphasized the importance for local governments to liaise with foreign embassies and consulates before implementing new policies.

“It was very clear that most of the issues are overblown by social media, mischief makers and so on. It has been very clear to us as diplomats that there was no deliberate targeting of any African in Guangzhou for punishment or open racial discrimination against any African from any country,” Jidda told the Global Times.

Jidda confirmed that China-Africa friendship is very strong and cannot be undermined by any unverified reports that ricocheted around African broadcast news stations and social media back in April.

Authorities in Guangzhou have reiterated that equal policies are in place for both foreigners and Chinese nationals in screening for COVID-19 infections coming along with imported cases, amid viral reports in Western media alleging Africans are being discriminated against and badly treated in the city, which was used by some Western media to provoke problems between China and African countries.

“We made it clear that we remain friends, and we have sorted things out amicably. It is always easy to solve problems or conflicts amongst friends,” said Jidda.

But he admitted that the misunderstanding mainly caused by the communication gap has underscored the how important it is to ensure that local authorities liaise with foreign countries’ embassies and consulates when new policies that may affect foreign nationals are to be implemented in the country.

“The ideal thing is to invite embassies or consulate for meeting to tell them the new regulations and so on. But unfortunately that was not done,” said Jidda.

As a top Nigerian diplomat to China, Jidda has devoted effort, with many other officials, to educating Nigerians so they understand and respect the rules and regulations of host countries especially during an emergency.

Together with his wife, Jidda promotes awareness of China’s strict epidemic prevention measures.

Jidda told the Global Times that he stayed in quarantine in a hotel at North China’s Shanxi Province for 14 days before going back from Nigeria to Beijing with his wife, as was standard in March. It was required all international passengers whose destination was Beijing undergo quarantine inspection and go through immigration at one of the 12 designated entry points in the other cities to release capital’s burden of becoming the frontline against imported cases.

When the fight against the outbreak was still arduous in China during March, Jidda and his wife decided to return to China from Nigeria to calm the Nigerian people and encourage them to stand together with China in such a difficult time.

As the most populous country in Africa, Nigeria still faces challenges in fighting the pandemic as its number of confirmed COVID-19 cases on Wednesday rose to 8,344.

The biggest challenges for Nigeria in the fight against COVID-19 pandemic are enforcing compliance with prevention and promoting anti-pandemic measures, such as social distancing and wearing of face masks, Jidda pointed out.

Many communities and some religious groups in Nigeria failed to understand the severity of the pandemic and did not follow most of the regulations of self-isolation, according to Jidda. Moreover, Nigeria still needs more testing kits to expand the scope of testing and other COVID-19 related medical supplies for frontline medical workers.

“My understanding is that the only solution to this menace is to get the vaccine,” Jidda told the Global Times.

Expressing waves of his appreciation for Chinese support to Nigeria, specifically the Chinese medical team sent by the government and donations raised by Chinese transnational companies and social institutions such as Jack Ma Foundation, Jidda expected more technical and instructive support from China as they “strongly rely on China’s advanced scientific knowledge and successful experience in controlling the pandemic.”

“China has already made significant progress in the clinical trials of potential COVID-19 vaccines, which would be of tremendous benefits not only to Chinese citizens but to the global community at large,” Jidda said, adding that he expects potential collaboration between China and Africa to develop a COVID-19 vaccine as had been achieved in Ebola vaccine research.

Jidda confirmed that any rift or misrepresented incidents would not shake friendly ties between the two peoples, and he is confident to see the relations grow stronger and lead to a bright future.

“Nigeria and her citizens stood by China during the trying moments of the pandemic. Relations between the two have been very cordial and would continue to be strengthened,” Jidda said.