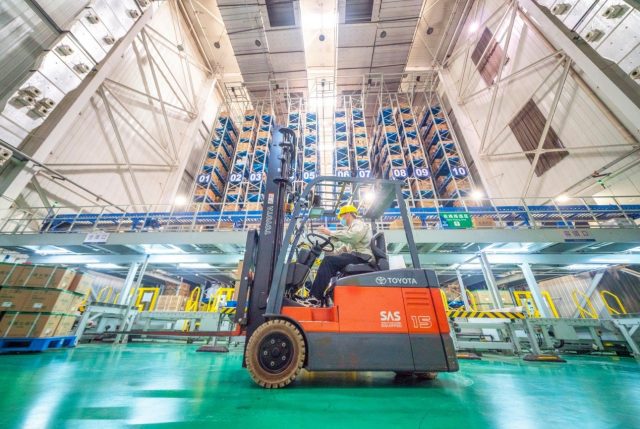 China didn‘t restrict the export of anti-epidemic supplies and remains open, said Chinese Minister of Commerce Zhong Shan in an interview for ministers on the sidelines of the ‘Two Sessions’ on May 25, refuting the accusations that the country limited export of such supplies.

Since the pandemic broke out, the country has exported huge quantities of anti-epidemic supplies to 199 countries and regions, making an important contribution to the global pandemic response, Zhong noted, adding that China has acted as a responsible major country with the vision of a community with a shared future for mankind.

China’s actions have received appreciation and recognition from many countries, the minister said.

As of April 25, 74 countries and regions as well as six international organizations had inked contracts on commercial procurement of medical supplies with China, and some were in talks for such purchase, according to statistics from the Ministry of Commerce (MOFCOM).

Customs statistics show that China had exported 55 billion yuan worth of epidemic prevention supplies from March 1 to April 25, meaning that the export had shown a clear growth trend.

Regarding the quality of exported supplies from China being questioned by some countries, Zhong stressed that the Chinese government attaches great importance to the quality of anti-epidemic supplies the country export.

China has established a triple monitoring system that covers the production, standards certification, and port regulation of anti-epidemic supplies, the minister said, adding that supplies exported by China are by and large of sound quality,

China has taken measures to strengthen quality control over exports of medical supplies from aspects such as production, transaction, certification, and export, according to reports.

Relevant government departments have worked together to crack down on exports of counterfeit and shoddy products and behaviors that disrupt the market and export order. In general, the price of exported masks follows market principles.

Zhong said that Chinaâ€™s exports of anti-epidemic supplies could be generally divided into three types: gratuitous aid, goods that foreign governments asked the Chinese government to help procure, and direct purchases by foreign companies from Chinese companies via commercial channels. So far, no quality problem has been found with the first two types of medical supplies, according to the minister.

With respect to the third type, issues have emerged in two aspects, Zhong said. There have been problems related to standards certification and quality of products exported by some Chinese companies, he added, explaining that the Chinese government has taken serious measures to punish these companies.

Besides, some foreign companies used non-medical supplies from China for medical purposes, and these companies have already been punished by relevant authorities of their own countries, according to Zhong, adding that the responsibility lies with the importers.

â€œMoving forward, China will, as always, continue to provide support to countries in need of anti-epidemic supplies to jointly battle COVID-19, the minister said.