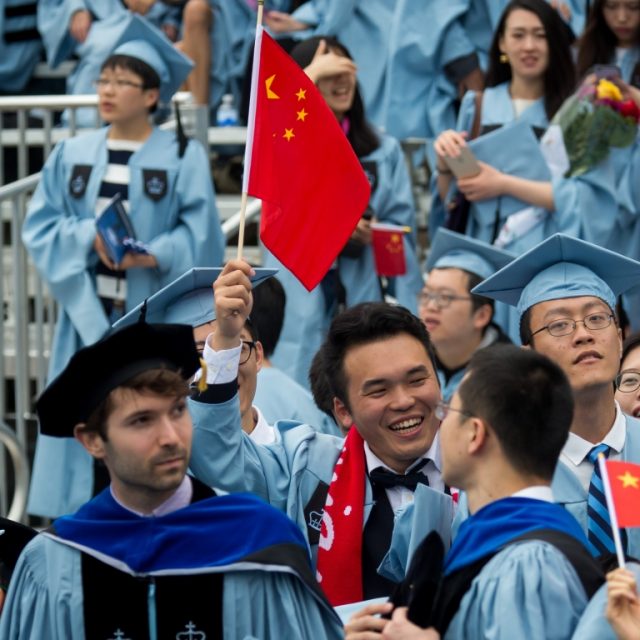 Ethan Qi should already be home for the summer.

The Shanghai native, who recently graduated from a university in Boston, planned to fly back to China in May but could not get a ticket because of the coronavirus pandemic

He tried twice to register for flights announced by the Chinese consulate in New York but was not able to secure a seat, leaving him to wait in Boston for one of the few flights home.

Now he may have to wait even longer. The US Department of Transportation last week said it would require Chinese carriers to file proposed flight schedules at least 30 days in advance, in response to Beijing not yet approving US carriersâ€™ applications to resume services to China.

â€œMy friends and I are not too worried because we think we will be able to buy flights later in June or July, although we have seen a lot of people around us already have their flights back to China pushed back,â€ Qi said. â€œBut it will be quite concerning if US-China relations deteriorate further and they stop flights entirely or something like that.â€

The nearly 370,000 Chinese students in the United States have been among those caught in the crossfire of tit-for-tat air travel restrictions between Beijing and Washington, as the major powers continue to lock horns during the pandemic.

Beijing said it opposed the US governmentâ€™s disruption of Chinese airline operations, and that the Civil Aviation Administration of Chinaâ€™s (CAAC) notice in March that restricted airlines to one flight per week â€“ known as the â€œFive Onesâ€ policy â€“ applied equally to foreign and domestic carriers. The CAAC did not respond to a faxed request for comment.

The US now requires Chinese carriers to file proposed flight schedules at least 30 days in advance. Beijing, meanwhile, has yet to approve applications from US carriers to restart services to China.

Â  But Joel Szabat, assistant secretary for aviation and international affairs, wrote in the US transport departmentâ€™s notice on May 22 that the CAAC had not approved applications from American carriers, United Airlines and Delta Air Lines, to resume passenger services to China. In response, Washington required Chinese carriers â€“ Air China, Beijing Capital Airlines, China Eastern Airlines, China Southern Airlines, Hainan Airlines, Sichuan Airlines and Xiamen Airlines â€“ to file their existing flight schedules to the US government by Wednesday, and file new flight services at least one month beforehand.

â€œWe find that the government of China has, over the objections of the US government, impaired the operating rights of US carriers and denied them the fair and equal opportunity to exercise their operating rights under the agreement,â€ Szabat wrote.

According to the notice, there were 325 weekly scheduled flights between China and the US in early January, a number that dropped in mid-February to 20 flights operated by four Chinese carriers, then rose to 34 by Chinese carriers in March. Meanwhile, US carriers have suspended passenger flights to China since early February.

On Friday, the US embassy in Beijing said in a notice that the CAAC planned to extend its â€œFive Onesâ€ policy until June 30. Four Chinese carriers â€“ Air China, China Eastern Airlines, China Southern Airlines and Xiamen Air â€“ currently fly direct routes from China to the US.

Koji Nagata, director of Asia-Pacific communications for United, said the airline was not currently operating flights between China and the US, but the company would â€œlook forward to resuming those flights â€“ to the benefit of our customers and communities in the US and China â€“ when the regulatory environment allows us to do soâ€

Sherry Shen, a spokeswoman for Delta, said the airline was â€œstill waiting for government approvalâ€ for its restart of passenger flights to China, including a request to begin daily flights from Detroit to Shanghai through a transfer in Seoul, and from Seattle to Shanghai via Seoul.

The Chinese carriers named in the US notice did not respond to requests for comment.

Scott Kennedy, senior adviser and trustee chair in Chinese business and economics at the Centre for Strategic and International Studies, said US President Donald Trumpâ€™s administration was practising â€œnegative reciprocityâ€ by removing benefits from China in response to similar actions from Beijing.

â€œThe restrictions on journalists, investment and airlines all fit into this pattern,â€ he said, referencing recent US measures on Chinese journalists and investments. â€œSo far, Beijing has not withdrawn its restrictions in response, but rather escalated further still. Weâ€™ll find out whether either side is willing to compromise to spare the relationship.â€