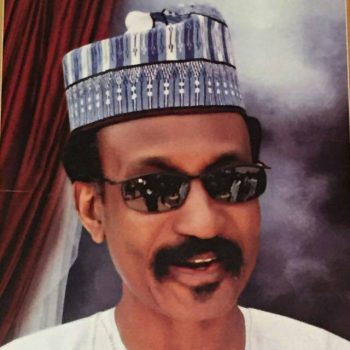 Umar, a man used to speaking out against what he sees as unjust told Buhari in the letter of May 31 that the manner he has not yet corrected the lop-sidedness of his appointments and in negation for the feelings of those parts of Nigeria he has shut out would terribly hurt the existence of Nigeria.

The retired soldier reminded Buhari of his speech at his inauguration in 2015 that he was going to be a leader for all, but so far he hasn’t lived up to that mandate he dictated to himself

He therefore admonished him of the need to work to set examples that would make history remember him kindly.

Umar recalled to the president the palpable imbalance in the security team of his government, the judiciary and many others and that he owes all Nigerian the duty of fairness and working to sustain the unity of the country by his acts.

Part of the letter coached: “Mr. President, you know me well enough and my position on issues to realize that I can be neither a rabid supporter nor a fanatical opponent of yours. I believe being a responsible citizen is enough reason to wish you well and to work for your success. As we have seen all too clearly these past few years, your success is ours as is your failure. We swim or sink with you.”

He continued that: “I counselled the declared winner, your good self, to use the opportunity of your second term to redeem your pledge of being a leader and president of all Nigerians.

On the occasion of the first-year anniversary into your second four-year term, I feel there is an urgent need to revisit this subject matter.

Mr. President, you have often expressed the hope that history will be kind to you. It is within your competence to write that history. But you have less than three years in which to do it. You may wish to note that any authentic history must be devoid of myth. It will be a true, factual rendition of the record of your performance.”

Zeroing in on the unpretentious nepotism of the government of President Buhari in his appointments, Umar frontally tackled him saying: “At this time and in the light of all that have happened since you took office, any conversation with you Mr. President cannot gloss over the chaos that has overtaken appointments into government offices in your administration. All those who wish you and the country well must mince no words in warning you that Nigeria has become dangerously polarized and risk sliding into crisis on account of your administration’s lopsided appointments which continues to give undue preference to some sections of the country over others.

Nowhere is this more glaring than in the leadership cadre of our security services.

Mr. President, I regret that there are no kind or gentle words to tell you that your skewed appointments into the offices of the federal government, favoring some and frustrating others, shall bring ruin and destruction to this nation.

I need not remind you, Mr. President, that our political history is replete with great acts of exemplary leadership which, at critical moments, managed to pull this nation back from the precipice and assured its continued existence.”

His letter also touched on several areas like the judiciary and the tardiness or outright reluctance of Buhari to confirm Justice Nkanu Onnoghen the Chief Justice of Nigeria and also uncharitably removing him to appoint a Fulani Muslim in his stead.

He also recalled that the same scenario is playing out in the confirmation of the acting President of the Court of Appeal, a Christian, Justice Dongban Menson as if deliberately bidding time to replace her with another northern Muslim.

He also educated him on how past Nigerians leaders were always mindful of taking into consideration the diversity of the nation such as the Sardauna of Sokoto, Ahmadu Bello in his days as premier of Northern Nigeria whose major and closest aides were Christians.

Umar further cited instances with Olusegun Obasanjo, Shehu Shagari and many more who upheld that balance to give all a sense of belonging.

But he lamented that Buhari has flatly and inexorably scorned such cohesive examples and acts in defiance of the interest of some parts, favouring others close to him only. 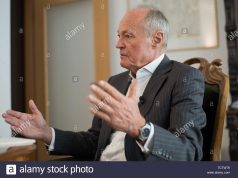