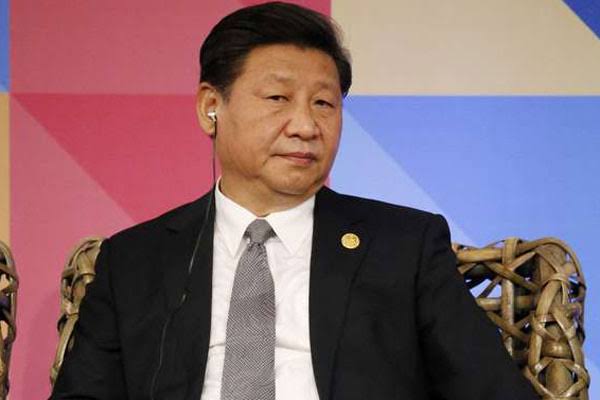 Recently, the National People’s Congress (NPC), the top legislature of China, has adopted a decision on establishing and improving the legal system and enforcement mechanisms for the Hong Kong Special Administrative Region (HKSAR) to safeguard national security.

The decision, made in accordance with China’s Constitution and the Basic Law of the HKSAR, is a totally natural and justified move, as Hong Kong is a special administrative region of China, and its affairs fall entirely within China’s domestic affairs.

However, the decision has placed some external forces with ulterior motives on pins and needles. They gave a so-called joint statement regarding the national security legislation, threatened to plan a strong response, and lobbied for â€œimmediate attention.â€

These hegemonic actions, with an attempt to interfere in Hong Kong’s affairs and blatantly interfere in China’s internal affairs, cannot intimidate the Chinese people and are doomed to fail.

The reason why Hong Kong has become a prominent risk of China’s national security can be largely attributed to foreign interference.

From the illegal movement of â€œOccupy Centralâ€ in 2014 and the turbulence over proposed legislative amendments in 2019, external forces have been emerging from backstage. They kept on pointing fingers at Hong Kong affairs, fanning the flames of discontent, flagrantly ratcheted up pressure on the Chinese government and the HKSAR government, and encouraged opposition.

By particularly taking advantage of Hong Kong’s national security loophole in legislation, they colluded with anti-China forces in Hong Kong, clamored for ‘Hong Kong independence,’ self-determination’ and â€œreferendum,â€ and applied the ‘burn with us’ tactic in society, politics and economy.

With an ill intention to destroy the future of Hong Kong and the principle of â€œone country, two systems,â€ the external forces are turning the HKSAR into a bridgehead of anti-China activities, a base camp of violence, and instigating a â€œcolor revolutionâ€ in Hong Kong, so as to contain China. Such an intention is obvious to all.

Only thieves hate burglar-proof doors. Those with a sinister intention now begin to act like a cat on hot bricks, as they come to realize that China is going to establish and improve its legal system and enforcement mechanisms for Hong Kong, and their opportunities to divide, overthrow, destroy and make inroads into the country are diminishing. Agitated and flustered, they are repeatedly resorting to threatening and intimidation.

Of course, they still need excuses, so they kept on whitewashing the violent rioters as pro-democracy fighters, stigmatizing the law enforcement of Hong Kong police as violent suppression, and hailing the violent acts as a fight for freedom, no matter how these acts have trampled on the laws.

The double standards only exposed their ugly faces covered up by ‘human rights, ‘democracy, and ‘freedom’ as well as their malicious motives of disrupting Hong Kong and containing China’s development.

Hong Kong is a part of China. Nobody values the special administrative region as much as the central government does; nobody cares about the prosperity and stability of the HKSAR and its people’s