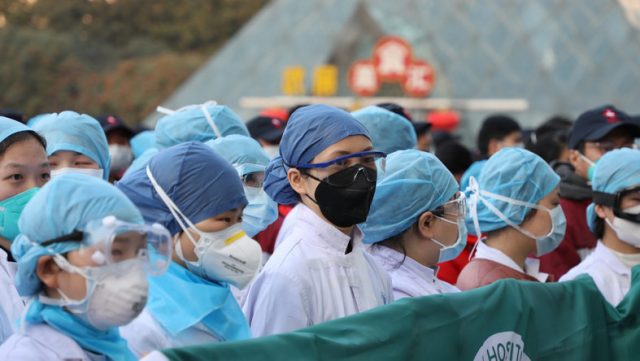 As the last three COVID-19 patients in Wuhan have recovered and been discharged from the hospital, Central China’s Hubei Province, the most affected place during the epidemic in China, declared zero existing COVID-19 patients as of Thursday.

The three were discharged on Thursday after two nucleic acid tests for the novel coronavirus came back negative within 24 hours, their temperatures fell to normal levels and their symptoms disappeared, the Hubei provincial health authority said.

Beijing adjusts its emergency response level to the novel coronavirus epidemic to the lowest and lifts restrictions on various sectors, including residential community management, outdoor activities, movement of people from outside the capital and tourism starting Saturday as the capital has seen zero new COVID-19 cases for 50 consecutive days.

Beijing residential communities will no longer conduct temperature checks on residents, and deliverymen and those from outside the community could enter once the health check app shows no abnormal movements, Chen Bei,  vice secretary of the Beijing municipal government, announced at a press conference on Friday.

The Wuhan authority said all districts in the city are considered low risk for coronavirus infection. Dongxihu district, the last medium-risk district in the city, reported zero new cases for 14 consecutive days to June 1, and its risk level was adjusted to low on June 2.

In areas outside Wuhan in the province, zero new COVID-19 case has been reported for 92 consecutive days, a Hubei health official said Friday.

The news is encouraging and indicates the success of Wuhan’s anti-epidemic battle, Peng Zhiyong, director of the intensive care unit of the Zhongnan Hospital of Wuhan University, told the Global Times on Friday.

China will release a white paper on the country’s battle against the COVID-19 epidemic on Sunday, the Xinhua News Agency reported Friday. Experts believed the white paper would comprehensively show the world China’s anti-epidemic process and convince the world of the country’s achievements.

“Everything indicates that we are moving out of the worst time toward the best time. Cheer up Wuhan!” Meng Ying, a Wuhan resident reached by the Global Times wrote on her WeChat account when reposting the news of Hubei’s seven “zeros” on Friday.

Hours after the announcements, Beijing authorities said they would ease restrictions on people from Hubei, including Wuhan, the most affected place during the epidemic in China, to enter the capital.

Beijing’s relaxed measures include the lifting of the 14-day quarantine, and that they only need to provide one negative nucleic acid test result after arriving in Beijing. Previously, people from Hubei to Beijing had to be quarantined for 14 days and receive two nucleic acid tests, with both having to return with negative results, before being allowed to move freely in the capital.

The Beijing authorities said Friday that restrictions on Hubei, including Wuhan, people traveling by air, train and land to Beijing were lifted, except those from medium and high-COVID-19 infected areas.

Media reported that within half an hour of the Beijing authorities’ announcement, the number of searches for flights from Wuhan to Beijing on domestic online travel app Qunar rose nine-fold, and those for train tickets increased more than eight times compared to the same period the previous day.

“It is the good results that prove to the country and the world that Wuhan is safe, Hubei is safe,” Peng said, noting that the city-wide tests were a milestone that dispelled people’s doubts and enhanced their confidence in Wuhan’s anti-epidemic battle.

US President Donald Trump on Wednesday said during an interview on Fox Radio that it was a “strange deal” that the novel coronavirus did not spread widely in China but largely contained to Wuhan, according to media reports.

“It is the strict measures we launched at the early stage of the epidemic – lock down the city and the province, require everyone to stay at home and door-to-door screening in communities – that ensure today’s good results,” Peng explained, noting that the results of the city-wide test should crush some Western media’s smear that the Chinese government is hiding the real epidemic situation in Wuhan. 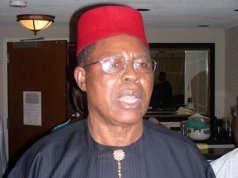