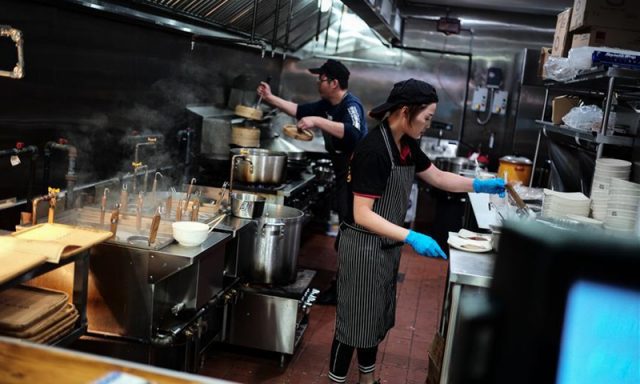 The ongoing Black Lives Matter protests in the US, sparked by the police killing of African-American George Floyd, have brought the plight of the relatively invisible Asian community to the surface at a time when Asians are experiencing rising racist sentiment since the novel coronavirus pandemic, Asian Americans and experts told the Global Times.

Some Asian Americans have been drawn into the anti-racism campaign as their stores were looted or destroyed in the sweeping riots sparked by the protests, which are a stand against racism and police violence.

This brought many to think: What would happen if such a tragedy as George Floyd’s befell an Asian American? How many would stand up for them?

Experts and Asian Americans told the Global Times that since the COVID-19 pandemic in the US, Asian Americans have been facing an unprecedented level of racial discrimination – a result of the Trump administration’s endless lies and slander against China. Asian Americans numbered 18.2 million, or 5.6 percent of the US population in 2017, according to the Census Bureau population estimate.

The spread of racism in the US has led to instability and confrontation, which will not only reduce the sense of national identity of its own people, but also damage its international influence and soft power, Li Haidong, an expert from China Foreign Affairs University in Beijing, told the Global Times.

Asian businesses in many cities across the US – including Minneapolis, Chicago, New York City (NYC), Oakland, San Francisco and Los Angeles – were struck by looters and vandals in the protests, Asian-American news site nextshark.com reported earlier this week.

In Minneapolis, a Chinese restaurant owner surnamed Huang told the Global Times that the window of her restaurant was smashed by a bullet by rioters, and another bullet went through the wall. Instead of asking for compensation from protesters or authorities, she turned to her insurance company for the damage.

“We Asians are a weak group in the US. We don’t dare speak even if our stores are smashed in the protests,” Huang said. “Blacks are under protection of the so-called ‘political correctness,’ but Asians here are protected by nothing.”

Asian Americans, though many of whom said they stand with the protesters in terms of pursing the rights of minorities, affirmed to the Global times that there wouldn’t be such large scale of protests if the victim was not a black man but an Asian.

Zhang, a 28-year-old Chinese woman working in Los Angeles, said she might not stand out if the victim was an Asian. “Going to the street was not in traditional Asian culture,” she said.

A clothing store of Zhang’s aunt was smashed in the Korean town in LA during the local protest on May 30. The aunt is the mother of Zhang’s Korean American friend.

“My auntie thinks she’s innocent,” Zhang told the Global Times. “She didn’t discriminate against anyone. So why did rioters smash her shop?”

Asian Americans rarely go to the streets to protest for their rights and interests, said Chinese-American comedian Joe Wong, who has lived in the US for more than 20 years.

“They are neither organized nor united, and are usually ashamed of telling others about the bad parts of their lives that they think might cause them to lose face,” Wong told the Global Times.

Asians have to learn how to pocket their pride and try to fight for rights, Wong said. “We should not place our hopes on the whites or other minorities, but bravely speak up.”

The STOP AAPI HATE, a campaign for the rights of Asian Americans and Pacific Islanders in the US, has received over 1,840 reports of discrimination from Asian Americans across the country since the campaign started in March 19. The number of reports has risen in recent protests, the campaign’s co-organizer, US-based rights group Chinese for Affirmative Action (CAA), told the Global Times.

For fear of personal safety, Asian shop owners and residents in the US said they have to follow some “survival rules.”

Following nearby shops, Huang immediately boarded up her shop with thick planks to prevent further vandalism after her restaurant was smashed.

A Chinese living in Eastvale, California told the Global Times that she has been closely following the protest through a community application called Nextdoor, and she would share such alert with her local friends on WeChat.

“Today between 4 pm to 8 pm at Limonite and Hamner. Be Safe! Stay at home and don’t go out,” read one of her WeChat posts.

Another Chinese resident in suburban San Francisco said that after learning the protesters would intercept vehicles on the highway and smash them in the neighborhood, they chose to stay home.

It is uncertain whether Asian businesses are specifically targeted in the recent protests, US-based observers said. Asian businesses nonetheless suffer from the riots as “Chinatowns and Asian-run stores and shops are often located in areas where people protest,” said Russell Jeung, director of Asian American Studies Department at San Francisco State University (SFSU).

Asian Americans and Asians living, working or studying in the US used to suffer “implicit bias” such as unfair university admissions and unequal pay instead of direct attacks, said Ji Hong, a research fellow at the Institute of American Studies of the Chinese Academy of Social Sciences.

“The pandemic, however, is turning this implicit bias into outright discrimination and even violence against Asians,” Ji told the Global Times.

Kei Pritsker, a Japanese American who works in New York, said Asians in the US were being blamed for spreading the virus, and some were “targeted, yelled at, teased, or even beaten and killed” during the pandemic.

“There was this misunderstanding that the virus was being spread by Chinese people, when many of these people had never been to China or come in contact with someone that would have the virus,” Pritsker told the Global Times.

The main form of discrimination is verbal harassment, which constitutes about 70 percent of the cases, said Jeung, who has been running the STOP AAPI HATE database. “People are hurling racist insults, using profanity and slurs, and traumatizing Chinese and other Asian Americans,” Jeung said.

In about 8 percent of the reported incidents, people have been physically assaulted, Jeung added.

A white man in his 50s dragged a 92-year-old Asian man out of the store by the arm and proceeded to shove him outside the store, causing the elderly man to fall on his head and back, the STOP AAPI HATE report said.

The White House’s insistence on the term “Chinese virus,” as well as his overall anti-immigrant stance, has contributed to the normalization of hate and the surge in anti-Asian racism, Jeung told the Global Times.

Xixi Dou, a Chinese American who grew up in New York City, said she has been subject to racist invectives from people there who, “thanks largely to Trump’s effort to deflect responsibility,” are blaming China for the COVID-19 pandemic.

“There were some smaller instances of racist comments toward me, such as ‘You people brought coronavirus here,'” Dou recalled, adding that she usually ignored them because the comments were made by those “not worth fighting against.”

Zhang witnessed a Chinese friend being shouted at with “Hello China virus” by someone who appeared to be Latin American. Though very angry, Zhang said her friend didn’t fight back, either.

Trump is targeting China to deflect blame for his poor handling of the crisis – an incompetence which has increased the number of COVID-19 deaths in the US by the tens of thousands, Dou told the Global Times.

The Trump administration even tries to impute the riots to China. According to several Asians in the US reached by the Global Times, it has been “brainwashing the people and blaming China for the protests.”

Trump accused China of deliberately spreading the virus in the US, which led to a lockdown, said a university graduate from China living in New Rochelle, a small town near Manhattan. “And people got angry due to the lockdown, and tend to stage riots,” he told the Global Times.

“Trump has an obsession with China,” Dou said. “As the leader of the US, the more he denounces China, the more people will believe it is okay to be racist against the Chinese.”

Asian Americans have been suffering deep-rooted and structural racism in the country that always boasts equality and inclusion, some of them said.

Asian Americans have a low social status in some aspects, which many Chinese people who have never been to or just arrived in the US may find difficult to understand, Wong said.

The racism against Asians is due to many factors, and their lower willingness to participate in politics is one of them, Li said.

“Asians ranked behind other races in the US, which is reflected by the number of senators in the US Congress,” Li told the Global Times.

Huang said behind every violent scene and pandemonium in the US, Chinese or Northeast Asians are always the group to take the most serious toll.

Huang was granted US citizenship and has stayed in the country for 36 years. Huang reflected on her harrowing experience of being robbed in New York. She said when the police responded after she screamed for help, the robber was still within sight. “The ridiculous part was that, [rather than chasing the criminal] the police kept questioning me, asking my personal info, like which country I come from,” she recalled.

Dou told the Global Times that there is not much room for them to protest. “In the past, if we protested, it would be thwarted by the government… Therefore, we continue to just live with the problems and injustice as it is.”

The intensified white-supremacy mindset in the US is a consequence of the country’s demographic change and increase in employment pressure, Ji said.

Many White Americans feel threatened by the growing population of ethnic minorities in the country and globalization. So they blame black and Asian people for taking away their jobs, Ji said.

“There was a similar resentment against the Japanese in the 1980s and 90s, when Japanese automobiles flooded the US market and caused rising unemployment in the auto industry,” Ji said, citing a Chinese American who was mistaken as Japanese and was killed in Detroit by a local auto factory worker.

In recent years, as a growing number of Asians work in high-paid industries including tech and finance, they are regarded as a “threatening group” by white supremacists, said some employees of Asian descent in the US whom the Global Times interviewed.

Experts warned that the Trump administration’s hostility to China, as well as its unfriendly immigration policies and a probable ban on Chinese graduate students in science, technology, engineering and mathematics (STEM), are giving Asians, especially Chinese, in the US a tougher environment.

“I’m not optimistic about the future status of Asian Americans, especially under the Trump presidency,” Ji told the Global Times.

Observers warned that US society will hurt itself in the end with the rise of white supremacy and societal divisions.

As an immigrant country, US vitality will eventually be weakened with the possible loss of immigrants, especially younger ones, because of the country’s discrimination against ethnic minorities, Li said.