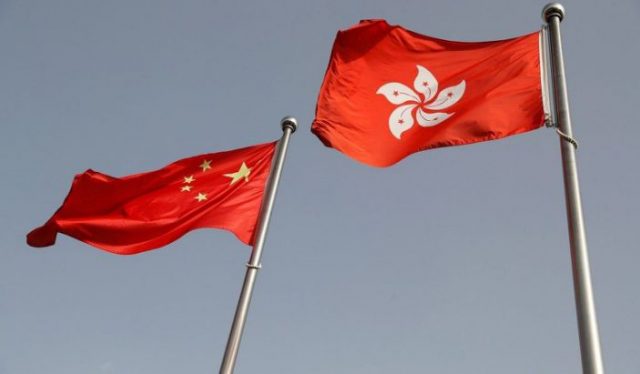 The Hong Kongers are ethnic Cantonese; just exactly the same people as the natives of Guangzhou and all the Guangdong and Guangxi provinces of South East China.

The native place of the Cantonese Ethnic people include Guangdong, Guangxi provinces, Macau and Hong Kong, all located round the Pearl River known as Zhujiang in Chinese.

On the second week of June, 2018, I was among the Nigerian journalists that witnessed the opening of the world’s longest sea crossing bridge over the Pearl River, Hong Kong-Zhuhai-Macau Bridge (HZMB) that stretches 55km linking Hong Kong, a Cantonese Island with her Cantonese kins of Mainland China in Zhuhai, and also Macau.

Some of the reasons for creating that mega project of CNY127b (US$12.8bn and longest bridge on earth include fostering brotherhood by facilitating access to each other on the two sides of the divide, creating better economic possibilities and ensuring closeness between Mainland China and the Island outpost of Hong Kong.

Hong Kong has always been part of the China Empire until the Qing Dynasty when in 1842 through the Treaty of Nanking (Nanjing) was ceded to the British Empire to govern as part of the conditions to end the Opium War. The cession was renewed in 1898 for 99 years which ended in 1997 when Hong Kong returned to its original place, China as agreed to.

At the eastern end of the south of China, the Taiwanese are of Min’an ethnicity, just exactly like the Fujian Province natives of Mainland China just across the sea. These are the basic original links between the Mainland and island outpost China territories that outsiders who for their personal reasons refuse to emphasise or don’t even know.

The bonds between Mainland Chinese people and those of Taiwan and Hong Kong are far beyond political delineation. They run deep in the blood and it was rather politics that actually created or intended to create a wedge in between. I can say I am familiar with some of these places and their affinities. By blood, these people at the fringes are more related than with far flung mainlanders up north.

Last year, there were seven consecutive months of civil unrest in Hong Kong that actually brought the island flat on its belly with societal disruptions in so many ways. Politically, the string linking the Mainland China and HK is premised on the One Country Two Systems constitutional provision enunciated by Deng Xiaoping in the early 1980s while negotiating with the UK preparatory to the return of HK to China. That took effect in 1997.

The social upheaval of last year in Hong Kong that took tact and wisdom to handle necessitated the Chinese National Security Law of May 2020. However, what stands out in that law is its dimensions that actually touch on only security and hasn’t tampered with the One China Two Systems that constitutionally guarantees the existing political system independence of Hong Kong.

Whereas no reasonable person would support subjugation of any people including Hong Kongers, and of course, they are not subjugated by Beijing, but there are so many factors of benefit embedded in the unity and oneness of Mainland China and HK, including economy, culture, freedom and a larger world for Hong Kongers.

On a fateful day in June 2018, at a Zhuhai waterfront, I saw checked in passengers of a flight on Hong Kong airport who waited to be crossed by ferry to board the flight. In fact, boarding of the HK fight is announced at the bay in Zhuhai where we sat while the passengers proceed to the ferry to cross over. The exit door was marked ‘Boarding Gate’.

The common story in Guangdong is that due to cost of living, many people that work in HK, even natives, live in Shenzhen and Dongguan, and with the bridge connecting them already in place, its just 30 minutes to touch each end between China Mainland and HK.

I sat next to a man that I later found to be a Hong Kong native mid November 2019 on the Nairobi-Lagos Kenyan Airways flight. After introductions, the man who lives in Costa Rica and was on his maiden trip to Nigeria and I got talking. His interest to discuss with me in depth was when I introduced myself as a journalist who was in Nairobi to attend the summit of Xinhua, the Chinese news agency, and the African media partners. He became curious to know how a Nigerian journalist who operates his media agency in Nigeria partners with Xinhua. He wasn’t less curious to hear that I had worked in China as journalist with a Chinese media organisation of repute, the People’s Daily.

The man told me the story of what causes fights and street protests in Hong Kong. That was just when the seven-month long protest was just abetting. The real reason behind the skirmishes, according to this man who sounded really informed and with so much exposure having been to and lived in almost all continents of the world to overcome little biases, was to really politics.

He told me in details what I already heard in part that cost of living in HK is prohibitive, making it one of the top three most expensive cities of the world. He said the truth behind the façade of politics in the brouhaha in HK is that those young ones on the streets venting their anger are people who see no future in their little expensive world where their new jobs as fresh university graduates won’t afford them basic livelihood.

They seemed to have found a cord and struck it to drive home bottled up anger and frustration of not having an assured future in that little island world.

Conversely, China is vast and with opportunities, just next door. Hainan Island, some 25 minutes by air from HK is evolving greatly – from Haikou through Wanning down to Sanya and Qionghai, the location of the enigmatic Boao Forum headquarters. These are great playgrounds for the HK future and younger people who seek a place to go. While there, they would not have lost touch with their nativity. Shenzhen, the world class innovation and ICT city is next door, the heavily industrialized Dongguan, and of course mega city Guangzhou and many others are there as the future of young Hong Kongers.

The HZM Bridge is there already as link and no one discriminates against the HK person just over the bridge in Guangdong, the world’s largest cluster of industries and with an amazing economy so large and vast to be the 12th largest in the world. My first visit to Guangdong was from Hangzhou, immediately we rounded off covering the 2016 G20 Summit and the leaders of the city of Guangzhou joked that they should ordinarily belong to the G20 as the world’s 12th largest economy.

Hong Kong won’t lose a thing to be with all China where opportunities abound? As an island, no other world is closer to HK than their sister locations across the sea. Why not leverage on this waiting opportunity and natural affinity?

My concern about the disturbances in HK is akin to what I always say about North Korea and its style. That country by advantage of location has no reason to be poor in between the world’s strongest economic triangle of China, Japan and South Korea that together hold 33% of global GDP. Instead of bellicosity that picks no bills, why not friendship that would untie the strings of opportunities and explosion into prosperity?

As a location at the periphery and by a busy global seaway that is so important to world economy, China felt a need to take a closer look at the security situation in Hong Kong. That need became more compelling with the external influences that fueled and sustained the disturbances on the Island in 2019. The government of the US, major economic rival of China, under Donald Trump never pretended about its unhealthy interest in Hong Kong and the disturbances that trail it.

Therefore, China during the legislative session in May 2020 felt the need to make laws to better safeguard its Hong Kong territory from external undue influences dished out to people, most of whom don’t really know the undercurrents of this unhealthy interest of Trump.

Let’s turn the table and ask, if security situation of concern starts brewing on Hawaii and Alaska, island territories of USA, would Trump sit quiet and watch them conflagrate? Would any other state in the world play such complacency card?

By a very sweet coincidence of history, Hawaii, the island state of USA since 1959 ceded to US in 1898, the same year Hong Kong was ceded to the British Empire and returned 99 years later to its owner according to the agreement.