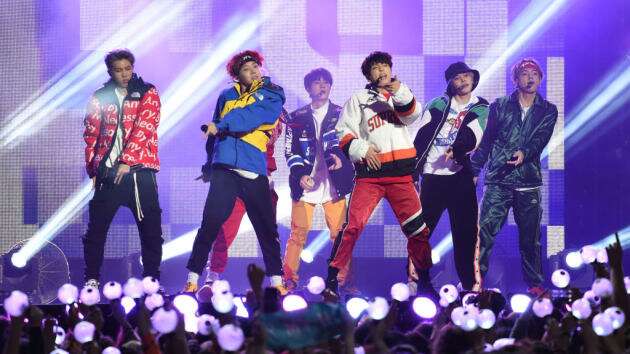 When news came out Saturday that BTS and their record label Big Hit Entertainment had donated $1 million to support the Black Lives Matter campaign amid worldwide protests against racism and police brutality, their fans decided to match it. And match it they did — in just over a day.

The donation matching campaign came together on Twitter within hours of the BTS donation being made public, with the group’s fans — who call themselves “ARMYs” — coming up with the hashtag #MatchAMillion, which began trending internationally.

BTS tweeted its support for Black Lives Matter to its 26.3 million followers a day prior, in a post that said in both Korean and English: “We Stand against racial discrimination. We Condemn violence, You, I and we all have the right to be respected. We will stand together. #BlackLivesMatter.”

The seven-member group, founded in Seoul in 2010 and known for highlighting social and mental health issues, has toured internationally for its worldwide fan base. BTS is the best-selling music group in South Korea’s history.

Donations were tracked via the BTS fan-based charity fundraising group “One In An ARMY,” which has organized several prior fan-driven fundraisers. The group describes itself on its website as “using our collective power for global good.”

OIAA had already begun fundraising for Black Lives Matter in early June, and its donation platform via ActBlue Charities allows contributions to be split between 14 different African American and social justice organizations including the Black Lives Matter Global Network, the NAACP, the ACLU, the National Police Accountability Project, Color of Change, the Marshall Fund and several others.

Before the BTS donation was made public, fundraising had reached $50,000; less than six hours after the publication, OIAA’s donation tracker showed it had hit nearly $190,000.

Just over 24 hours in, the ARMY hit its $1 million milestone. As the news spread, the #MatchAMillion movement gained a surprise supporter: American professional wrestler and television personality John Cena.

Black Lives Matter managing director Kailee Scales expressed thanks for the BTS donation in a statement given to Variety: “Black people all over the world are in pain at this moment from the trauma of centuries of oppression. We are moved by the generosity of BTS and allies all over the world who stand in solidarity in the fight for Black lives.”

Social justice campaigns have gained dramatic momentum in two weeks of protests across all 50 U.S. states and several other countries in the wake of the death of George Floyd, an African American man who died when a police officer held a knee against his neck on the ground for more than eight minutes. The death, caught on camera, sparked outrage and renewed activism against police brutality and racial inequality in America.

After the $1 million milestone was reached, One in an ARMY posted a statement on its Twitter account expressing its continuing solidarity with the Black Lives Matter movement.

“Black Lives Matter isn’t something that has a time limit,” the group said. “It’s a belief that everyone needs to carry in their everyday lives. … We stand in solidarity with Black ARMY. They’re an important part of our family. And we stand with Black people everywhere. Your voices deserve to be heard.”

By midafternoon Monday, One in an ARMY had raised just over $1.2 million. 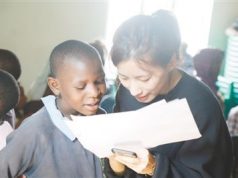