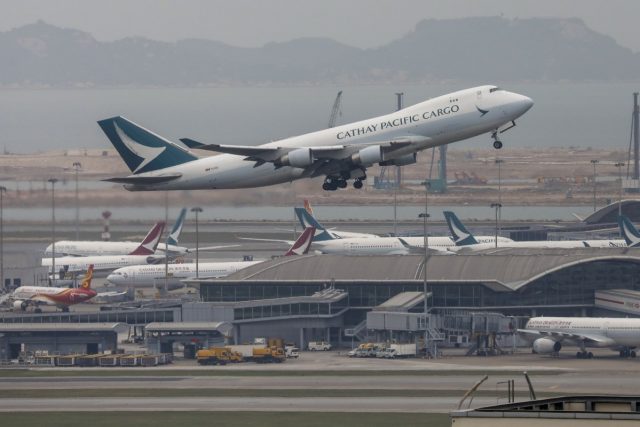 Too big to fail is a saying we have not heard too often since big overseas banks were rescued with taxpayers’ money during the global financial crisis. Perhaps “too important to fail” is a more apt saying about the nearly HK$30 billion (US$3.87 billion) government bailout of Cathay Pacific Airways announced on Tuesday. There was no real alternative.

Cathay could not continue losing up to HK$3 billion a month because the Covid-19 pandemic has wiped out passenger revenue. Hong Kong could never afford the collapse of its flag carrier, let alone when facing a fight to get out of recession.

Hong Kong could not afford the collapse of Cathay Pacific, a pillar of an aviation and tourism sector that provides about 330,000 jobs.

The airline is a pillar of an aviation and tourism sector that provides about 330,000 jobs and is normally worth about 10 per cent of the city’s gross domestic product. The industry serves the two biggest contributors to GDP – trade and finance. It is therefore paramount to maintain Hong Kong as an aviation hub with a home-grown international airline.

All that said, such massive and decisive government intervention with an injection of taxpayer funds is a departure from Hong Kong’s free-economy philosophy. In this case it deserves support in principle.

It is imperative to safeguard the city’s unique regional aviation status. Thanks to the “one country, two systems” concept, Hong Kong can negotiate air rights on its own, on equal terms, without having to compete with other Chinese cities for routes, traffic rights, landing slots, airspace and the like.

This makes it more flexible and competitive as an aviation hub than nearby rivals in the Greater Bay Area. It is an edge we must safeguard along with others such as the rule of law, an independent judiciary and free flow of information.

In return for the rescue, Cathay must make the best use of every taxpayer penny to invest strategically in the future. There is a need for strong leadership to put the airline back on track after business mistakes in the recent past.

A stated resolve at the top to take tough decisions in the fourth quarter to get the airline in the right size and shape for a post-pandemic recovery is welcome. The carrier is fortunate, despite its losses, to remain among the top four in the air cargo business.

Among the many problems Cathay faces is how to win back more of an alienated mainland market. The aviation industry is so competitive that an airline, or airline staff sympathetic to the anti-Hong Kong government protest movement cannot afford to be seen as indifferent or even hostile towards a certain group of passengers because of their background. Sadly, a legacy of this perception is reciprocal anti-Cathay sentiment among mainlanders.

The government does not intend to interfere in management. But it will appoint two observers to attend board meetings. We trust they will realise the importance of their role and meet taxpayers’ expectations by ensuring value for money.

Cathay Pacific is looking at “structural change” as it investigates how to downscale its business in the wake of the coronavirus pandemic, the Post has learned.

Hong Kong’s flag carrier is mulling scenarios that could reduce staff headcount, routes served and planes flown, as well as the possible consolidation of its airline brands, in drastic steps that would mirror those taken by rivals in recent weeks.

“We are currently working with colleagues from across the airline to model varying degrees of structural change that may be required to preserve our business and our collective future from the catastrophic impact of Covid-19,” the airline told its pilots, who were asked to meet management about potential changes.

“No firm direction has yet been set,” the letter emphasised.

, sources said a fresh round of effective pay cuts was set to be rolled out, with around four more weeks of unpaid leave suggested.

Most of the airline group’s 34,200 staff have signed up to take three weeks of unpaid leave, a scheme which expires in June. Staffers were also asked to clear their annual leave by the end of that month.

With the industry estimating air travel demand will not return to its 2019 levels for at least another two to three years, airlines are making plans to shrink their operations, at the cost of jobs.

Hong Kong’s aviation industry and Cathay Pacific were among the first and hardest hit by the global pandemic.

A Cathay Pacific spokeswoman said: “Given the very dynamic situation we are currently in, we are not taking anything off the table and we can’t rule out anything to ensure our airline business will come out from the crisis stronger and more competitive.” 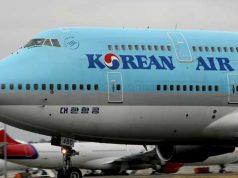 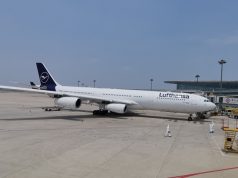