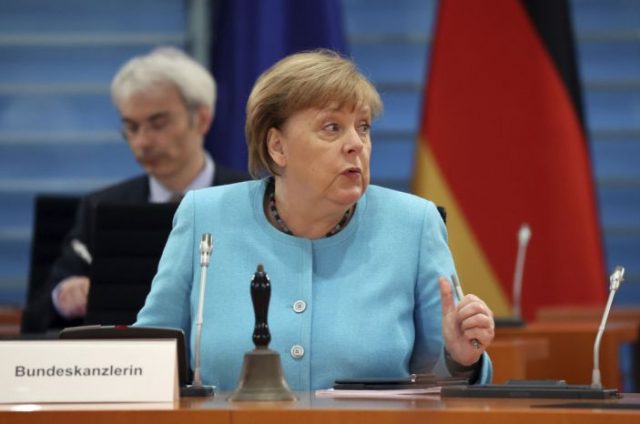 In a statement, her office said Merkel stressed Germany’s interest in ‘rules-based and free multilateral trade’ during a video call Thursday with Chinese Premier Li Keqiang.

It said she also noted Germany’s desire to â€œstrengthen the World Trade Organization and in stable bilateral relationsâ€ with China.

European Union officials have emphasized the need to maintain good ties to China, a growing economic, political and military power, as relations with the EU’s old ally, the United States, have been strained during the Trump presidency.

German had planned to host a summit in September with all EU leaders and China, but that was recently postponed due to the pandemic.

According to Merkel’s office, the German chancellor raised the virus outbreak, the situation in Hong Kong and the human rights situation in general during her call with Li.

On trade, Merkel noted the need for further steps on market access, reciprocity and equal treatment for foreign companies in China, it said.

The conclusion of an ambitious investment agreement between the EU and China would be an important element there, Merkel’s office said.