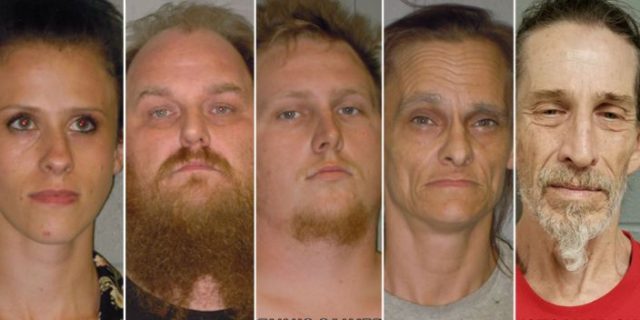 A sheriff in Virginia has apologized to a Black pastor who was mistakenly arrested after he called authorities for help during an alleged attack by a white family earlier this month.

Pastor Leon McCray was at his home on June 1 when he saw two people trying to dump a refrigerator on his property, he recounted during a church service Sunday. When McCray told them to stop, one person proceeded to verbally attack him and the other one went to get three other people.

McCray said that all five people started attacking him verbally and physically. They were “threatening to kill me… telling me that my Black life didn’t matter,” he said. That’s when he felt the need to pull his concealed firearm to save his life, he said. The group of people then left and McCray proceeded to call 9-1-1 for help.

But when authorities arrived, they didn’t ask McCray what happened, he said. They spoke to the white family of five who had just attacked him, he said.

“I was not given an opportunity to speak,” said McCray, adding that officers told him they had to arrest him for brandishing a gun. “And I said, what about the trespassing and the assault?”

Instead, McCray “was handcuffed in front of my assaulters” by an officer who has known him from the community for over 20 years, he said, adding “they waved at me as I go down the road… . Do you know how disturbing that is?”

It was “a day that changed my life,” the pastor said.

On Friday, Shenandoah County Sheriff Timothy Carter announced that the brandishing charge against McCray would be dropped and that five people were arrested after the sheriff’s office “obtained warrants for more severe charges regarding this investigation.”

“All persons are currently being held without bond. This is still an ongoing investigation,” said Carter.

The family’s arrest came after Carter met with McCray on June 3 to discuss the incident.

“It was apparent to me that the charge of brandishing was certainly not appropriate. Actually, as I told Mr. McCray, if I were faced with similar circumstances, I would have probably done the same thing,” Carter said in a statement, referring to the pastor’s pulling out his firearm in self-defense.

According to Carter, sheriff’s deputies responded to a call of “a person brandishing a firearm” on June 1. Upon their arrival, they arrested McCray.

“I have apologized to Mr. McCray, and I appreciate his patience as I have worked through these matters,” said Carter, adding that he placed two of his staff supervisors on unpaid administrative leave, “while I complete and administrative review of the initial incident.”