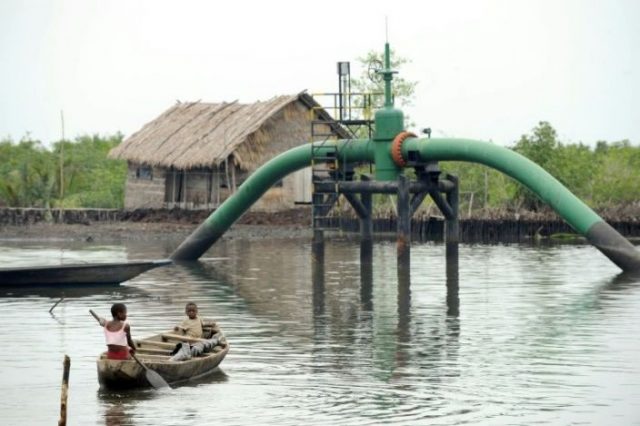 Nigeria, a major oil producer, aims to end a costly fuel subsidy system which has provided a lucrative source of funds for corrupt officials and businessmen but which the government says it can no longer afford given the coronavirus’ economic impact

Nigeria, a major oil producer, aims to end a costly fuel subsidy system which has provided a lucrative source of funds for corrupt officials and businessmen but which the government says it can no longer afford given the coronavirus’ economic impact (AFP Photo/PIUS UTOMI EKPEI)

But there are major doubts that Africa’s most populous country is finally ready to wean itself off a system that has helped some in high places syphon billions from government coffers.

The fuel subsidy scheme has been described as a sprawling web of patronage and mismanagement that encapsulates the dysfunction plaguing the continental powerhouse.

Despite being Africa’s largest oil producer, OPEC member Nigeria has limited refinery capacity and actually imports the bulk of its refined products, including fuel.

That fuel is then sold at a subsidised rate in an opaque system aimed at keeping average Nigerians happy — but it also left plenty of scope for corruption by officials and traders.

Over the past few months the coronavirus crisis and turmoil worldwide has upended all this.

The fall in global oil prices means that fuel coming in from outside no longer needs to be subsidised, just as Nigeria’s state revenues have taken a major hit.

Taking advantage of the slump to save its much-needed reserves, the Nigerian authorities announced an end to the old system in April.

“There is no subsidy and it is zero forever,” said Mele Kyari, the head of state-run Nigeria National Petroleum Corporation (NNPC).

From now on, officials pledged, the market would determine the cost at the pump.

As so often in Nigeria’s murky world of big money and vested interests, not everything has turned out quite so straightforward.

Despite the insistence of the authorities that the subsidy system is over, many in the industry complain the government refuses to relinquish control.

So far the authorities have continued to set a pricing band that they say retailers must stick to.

“We advise marketers — this is how you sell, you shouldn’t go above (this) price because if you go above it, you will be exploiting people, that’s it.”

For Tunji Oyebanji, chairman of the Major Oil Marketers Association of Nigeria, official action has fallen well short of the pronouncements.

“We don’t really understand what the government is up to,” he told AFP.

“Where are (the) market forces determining price in this?”

His organisation — which represents large filling station owners — has long pushed for the government to let pump prices go free.

“We maintain that a full deregulation and liberalisation of the downstream sector is the solution,” Oyebanji said.

The current scrap over the fuel subsidy is just the latest tussle about change to a system that has helped some at the top grow seriously wealthy over the years.

International lenders like the World Bank and the International Monetary Fund have long decried a scheme that swallows up vast sums that should otherwise be spent on sectors such as health or education.

President Muhammadu Buhari shook things up after his election in 2015 on a platform to tackle Nigeria’s endemic graft.

He took over the oil ministry and ordered state behemoth NNPC to become the sole fuel importer into the country.

The move may have cut out some of the more egregious abuses under the previous administration of president Goodluck Jonathan.

But critics say putting the notoriously unaccountable NNPC in charge only made funds harder to trace and immense sums have continued to vanish into the system.

“Corruption has not disappeared under Buhari’s administration, even if it is less rampant than under Goodluck Jonathan when traders became billionaires in five years,” said Benjamin Auge, a researcher at the French Institute for International Relations.

Given the vast fortunes being made from the scheme many in the industry are sceptical that it can ever change.

“With the crisis, the price of a barrel fell so low that there was nothing left to benefit anymore from the subsidy system,” said one operator on condition of anonymity.

“But when prices go up again, won’t they back off and restore the lucrative subsidies?”

Some are more hopeful that the current global turmoil will hasten an end to the subsidies once and for all.

Researcher Auge said that the collapse in state revenues means that the government simply cannot afford to return to the old ways.

After turning to the IMF for financial aid to weather the storm it is also going to find it harder to shrug off pressure to make genuine reforms.

And on the horizon there is anyway a major game-changer coming that could radically overhaul the market.

Africa’s richest man Aliko Dangote is building a gigantic refinery on the edge of economic hub Lagos which is expected eventually to handle 650,000 barrels a day.

While construction has been hit by repeated delays, including the current crisis, the facility should end up slashing the need for imports — and so for subsidies.

“This time the state doesn’t have a choice,” said Auge.

“It is the end of the system.” 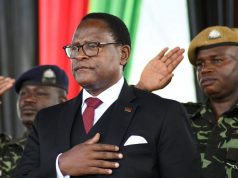 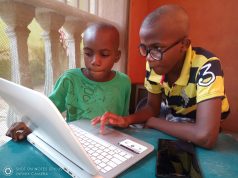