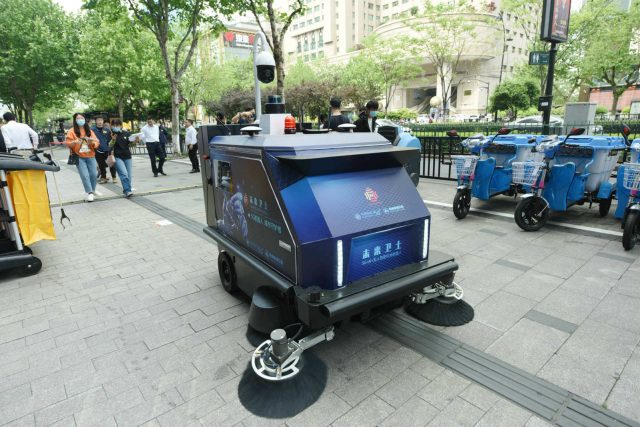 With the system, enterprises can transfer rental subsidies granted by the government to their employees in just two seconds, a process that used to take around 10 business days.

The City Brain was initially developed to tackle traffic congestion when Hangzhou firstly explored urban governance in digital methods in 2016. By sample analysis of vehicles and monitoring traffic data, the city innovatively introduced a “traffic delay index” that can make traffic lights smarter. The system improved the average speed of traffic flow by 15 percent, though the city has witnessed a net inflow of 1.2 million people and 400,000 vehicles, as well as a 20 percent decline in road areas caused by metro and other constructions in the recent three years.

In the fight against the COVID-19 epidemic this year, the city responded quickly with digital approaches. The color-based QR code indicating health conditions, the digital platform facilitating work resumption, and the government-business platform it launched have all powered epidemic control and production resumption in digital means.

Achieving an outstanding performance in reducing traffic congestion, the system later extended its reach to digital urban governance, with its innovative achievements being introduced to livelihood sectors, including urban community governance, culture and tourism, and health care.

For example, given the multi-dimensional integration of commercial and government data, visitors can access a park in 20 seconds, and check into a hotel in 30 seconds. Such service has been introduced to 163 tourist attractions and cultural venues, as well as 414 hotels. The city is also home to 603,000 “leave-and-pay” parking spots, freeing the drivers from queuing up to pay for the parking fees. Besides, a total of 254 hospitals in the city now offer “only pay once” service, benefiting over 32 million patients and involving a total expense of 1.5 billion yuan ($212 million).

“It only took 3 days for a couple and a young man in our company to rent their respective apartments, and both of the houses are spacious and have great exposure,” Yu Jinzhu, assistant manager of Binjiang Property Management Co., Ltd. in Hangzhou’s Jianggan district told People’s Daily, who was quite satisfied when speaking of the experience of helping his non-local employees find proper apartments through a new type of government-business platform under the City Brain.

Such satisfaction came from the City Brain’s excellent ability in data analysis, as data from 5 municipal-level departments has been shared with the system to guide the site selection of economical apartments and match the housing demand of different employees.

In Hubin community of the city’s Shangcheng district, the information of 10,736 apartments has been incorporated in a unified address database, and 689 senior citizens living alone are given special attention based on big data analysis. Once sudden and dramatic changes are spotted in electricity consumption and other data, the City Brain will inform relevant grid-controllers to go for inspection.

So far, the City Brain has been exploited by 96 government departments and 317 information system programs in Hangzhou, processing an average of 120 million pieces of data every day.

The number of patients received by major hospitals’ fever clinics is also transmitted to the City Brain in real time, which served as important references for the city’s epidemic prevention and control.